…as leadership is set to suspend Chinda, others

The minority leadership crisis rocking the House of Representatives continues as some members of leadership pressurises committee chairman to lay report.

This is despite a court order maintaining the status quo before the proceedings of the House on Wednesday 16th Nov 2019 and restraining the House from taking any further step, the Committee is likely to conclude and lay its report.

Report has it that the said report is being written by an Edo born All Progressives Congress (APC) lawyer and Ex Member of the National Assembly (NASS).

Recall that, the media was agog within the week that the House leadership had concluded plans to suspend Kingsley Chinda, Chukwuma Onyema, Ajibola Muraino and Yakubu Barde over alleged impersonation of Peoples’ Democratic Party (PDP) leadership in the House.

It was reliably gathered on Friday that some members of House leadership have repeatedly mounted pressures on the House Committee Chairman on Ethics and Privileges to receive the report already written by a consultant and lay same despite a court order preserving the status quo which restrains the House from taking any further step.

A source privy to this development, a member of the Committee and new member of the House expressed surprise that there is so much deceit and selfishness amongst members.

He revealed that the pressure from some members of House leadership was so strong that the chairman had to cave in.

According to him, these members are harmless and have not done anything that affects the entire House, it’s their PDP matter and besides, if their party has suspended their leaders in the House and appointed interim leadership pending when they sort their issues, why is the House so vexed.

“We don’t have to fight the cause of a group of members against another group.

“If this pressure continues and the report is layed and the four lawmakers suspended then it’s goodbye to democracy in Nigeria.

“As a new member, I fully supported the Speaker and still support him fanatically but suspending these Members from Parliament for this reason is bye bye to democracy,” he said.

He further stated, “it will be a sad commentary in all spheres as the coffin of Representative democracy and voice of opposition must have been sent to the morgue and this is not good for a vibrant House”.

Another source added that since the chairman and members of the Ethics and Privileges were personally sued as 4th to 20th Defendants respectively in the suit and a positive order of Court was made that they maintain the status quo as at 6th Nov 2019, and having been duly served with the order;attending clandestine meetings without reflecting same on the order paper, illegally signing the report (or the chairman using signatures for past attendances of meetings not meant for the report) and eventually laying the purported report will just expose them to contempt of court and possible future imprisonment. 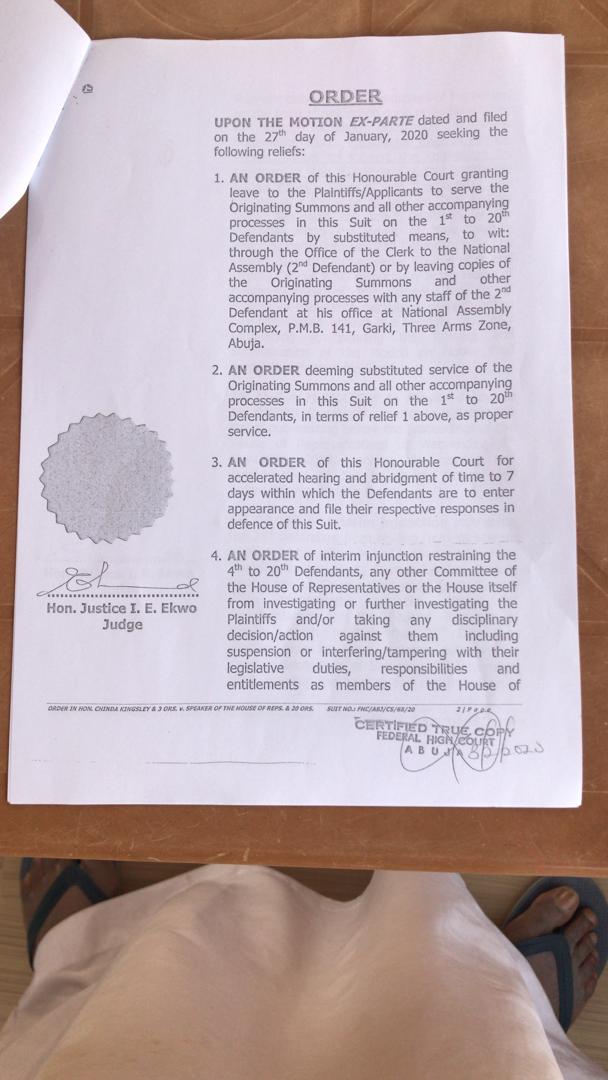 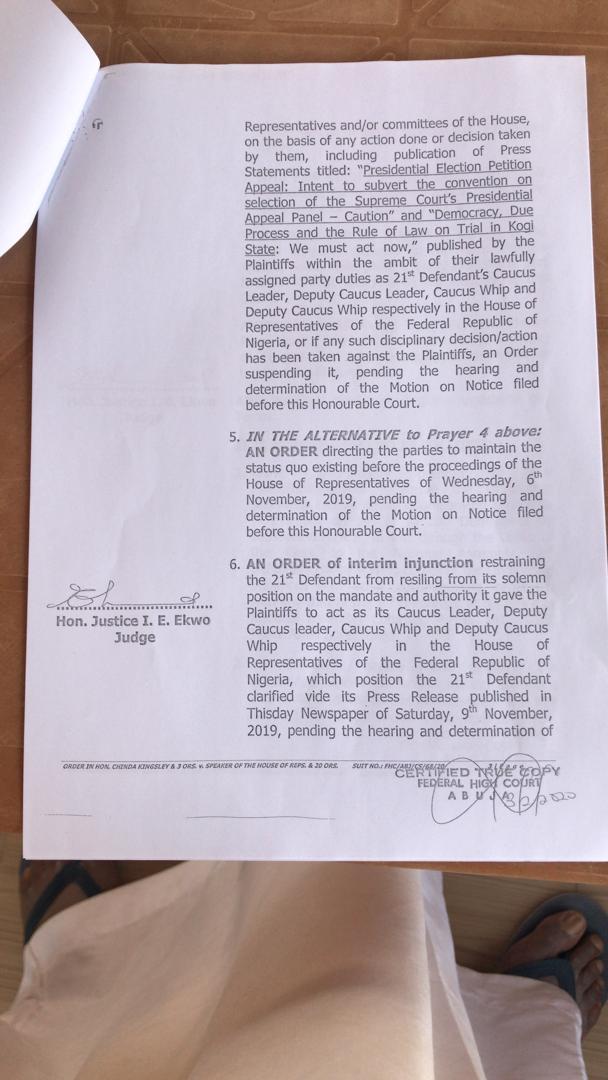 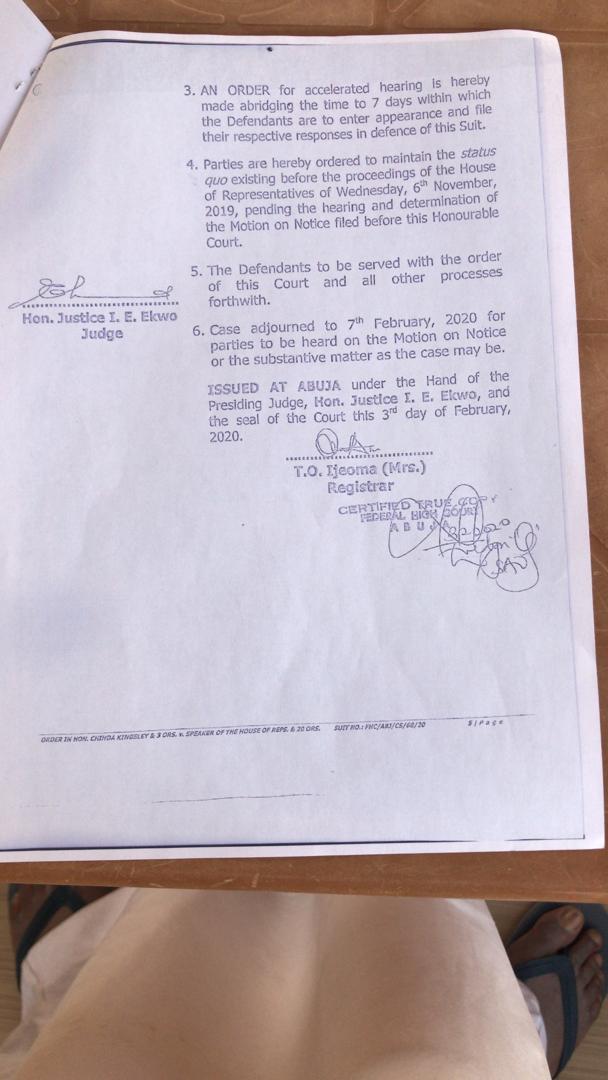 Sensing the danger ahead, Chinda had earlier issued a statement stating the obvious last week.

In the statement, the Obio/Akpor Rep of Rivers State said “I am shocked to hear that this issue is resonating.

“I don’t think the Speaker will concede to suspending us from the House for… speaking on behalf of the PDP Caucus of the House.

“Anyway from hindsight and the level of horse-trading in politics and the House in particular, I advise my other three colleagues to brace up for the worst.

“If we are suspended via a majority vote in the House, then I pity the Parliament and Parliamentarians, because it means no member will have an independent opinion anymore. A bad precedent would have been set.

“Yes, I hear some people say when it’s done, we can go to court and they will frustrate the litigation for the next 3 years and we will remain outside the Parliament but I am not worried about all that”.

A few members of the Committee confirmed that they have received a copy of the process and the Clerk of NASS has been served with the process.

At the Federal High Court, the trial was adjourned to Friday 21st Feb 2020.