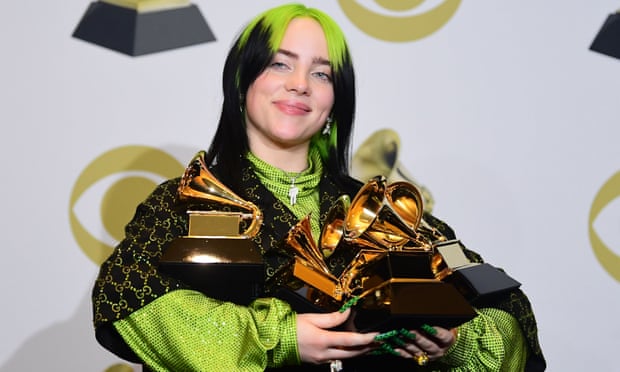 Many were stunned at the Grammys on Sunday night, as Billie Eilish clinched five awards including best new artist, album of the year and song of the year for Bad Guy – a high point for Generation Z on a night otherwise defined by solemnity for those who have passed too soon.

Below is a list of winners in key categories at the 62nd annual Grammy Awards, which took place on Sunday in Los Angeles.

Teenage goth-pop iconoclast Billie Eilish was the big winner with a total of five golden statuettes, including a clean sweep of the “big four” prizes.

Album of the Year: Billie Eilish, “When We All Fall Asleep, Where Do We Go?”

Best Pop Vocal Album: Billie Eilish, “When We All Fall Asleep, Where Do We Go?”