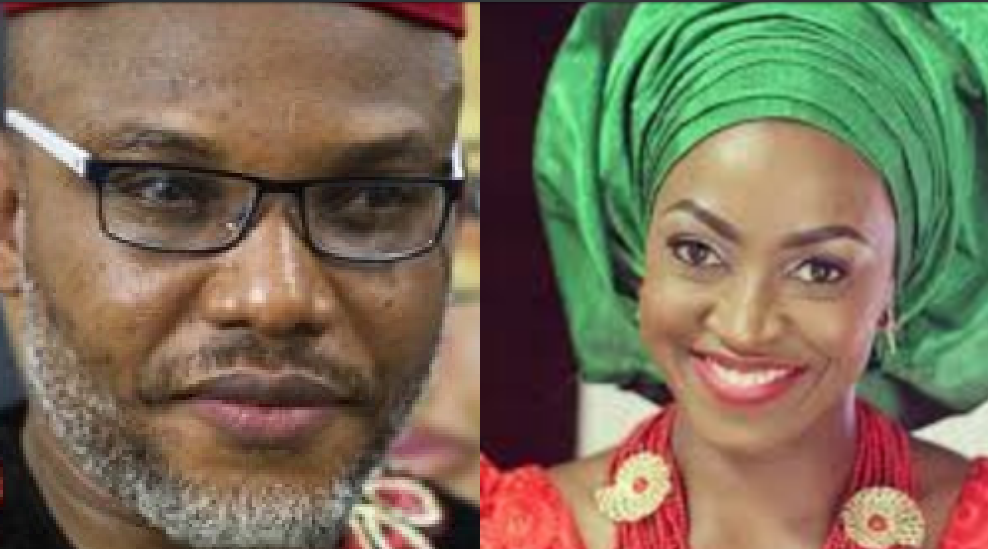 The leader of Indigenous People Of Biafra(IPOB) has said that Nollywood actress, Kate Henshaw won’t get the kind of reception he recently got in Port Harcourt.

Kanu who made this statement in an interview with Kadaria Ahmed noted that despite Henshaw’s popularity and fame, she cannot command the kind of attention he got in Port Harcourt.

In his words:” I was at Port Harcourt yesterday; you should have been there to see what happened. They were delighted to see me I am sure you know that. They were very happy to see me. I bet Kate Henshaw won’t get that kind of reception. I am telling you, If I go to her village more people will run out to see me than turn-out to see her.”

Kanu‘s statement was a reaction to the question Kadaria Ahmed asked in the course of the interview, requesting him to react to a viral article attributed to Nollywood actress, Kate Henshaw.

Unknown to them, Kate Henshaw had dissociated herself from the viral article on social media.

How our parents’ deaths further united us…

Kadaria Ahmed,  like so many other individuals and media organizations, obviously mistook a certain Ken Henshaw [who wrote against IPOB’s agitation] for the legendary actress.

She reacted to the rejoinder penned by Femi-Fani Kayode which once again attributed her to the article.

At the time of the whole Kate vs IPOB saga, a former minister of aviation, Femi Fani-Kayode who also fell for the identity error had openly lambasted the actress in one of his essays but apologized later on to Kate after realizing he goofed.

‘As long as I remain president, you are EFCC chairman,’ Buhari assures Magu

The scam in the Biafra agitation process – Micheal…