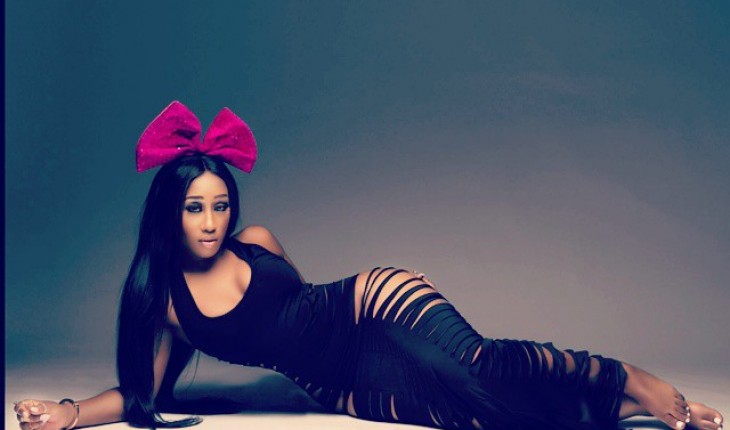 Kenyan songstress, Victoria Kimani was under fire recently when she released her version of Kizz Daniel’s Fvck You challenge.

In her song, she slammed Tiwa Savage  and Ycee.

Explaining the rationale behind the version she released, Kimani said: “I don’t have any issue with Tiwa Savage at all. I approached the ‘Fvck you challenge’ with a below the belt move.

“It is common knowledge in the industry that this girl doesn’t like performing in the same show with other female artistes, everybody knows this. I never mentioned any names in my Instagram post, people just attached meaning to whoever they wanted to attach it to.

“Secondly, I never mentioned her name in the record but when I saw that she was sending fake Instagram accounts to attack me, that was when I realised she was offended with what I said.

“At the same time, it is not fair for me to body shame, so I apologised for that, but for the other statements, everybody knows that, she told Punch.

Speaking further, she revealed why she hasn’t been in Nigeria for a while.

“When I was signed to Chocolate City, I had my team there that was where I was pushing. Ever since I lost the label, my focus shifted and I felt I could only come to Nigeria if I have bookings.

“It wasn’t like I forgot about the country, after having a bad experience in Chocolate City, I just wanted to make sure that if I am doing anything in Nigeria, then it is done correctly. I didn’t just want to be there in everyone’s face.”

“I never planned to take the issue to court or anything and that was why I decided to use the ‘Fvck you challenge’ to tease him, but it is not like in a bad way,” she stated.

Senator Omo-Agege Confesses: I was a saul, I am now a Paul