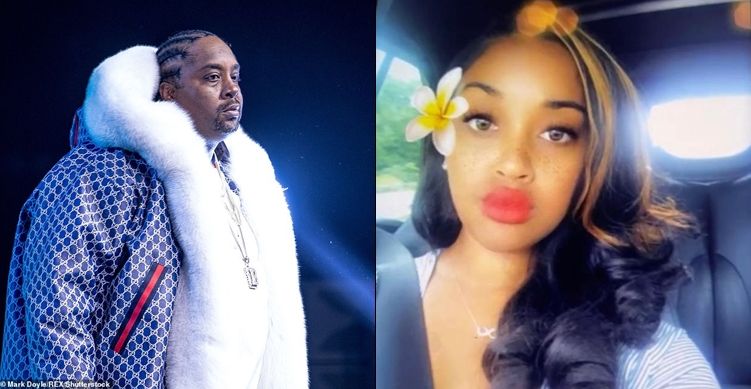 Legendary producer, Eric B, has lost his daughter, Erica Barrier, who died after sustaining serious injuries in a car accident on Monday, March 16, in Connecticut.

According to an Instagram post from Sister 2 Sister’s publisher Jamie Foster Brown, Barrier suffered a broken neck and spine and was admitted into the intensive care unit at Connecticut’s Hartford Hospital

Foster Brown wrote on IG: “Twenty Eight year old, Erica Supreme Barrier, the daughter of music legend Eric Barrier ( Eric B) is in extreme critical condition this morning after a horrific car crash in Connecticut. This after an 18 wheeler rolled over her vehicle at approximately 1am in Hartford. Investigators are still piecing together the exact cause of the crash. Barrier is suffering from severe neck and spine fractures, among her many life threatening injuries, confirmed Eric B’s longtime publicist Alvina Alston.

The family is at her bedside and asking for your prayers”

Brown later confirmed in a second post that Barrier had tragically passed away on Monday evening, March 16.

Brown wrote: “It is with profound sadness and disbelief that we announce the untimely passing of our beloved Erica Supreme Barrier on Monday 3-16-2020 at 6:18pm EST, states Alvina Alston, Eric B’s Publicist.

“She fought a valiant fight, however we TRUST GOD & HIS ultimate decision to bring her home.
We want to sincerely thank everyone from around the world for the outpouring of support and love during this difficult time.

“Please continue to keep our family in prayer as we now prepare to lay Erica to rest. This was an unfortunate vehicular accident that claimed her life however, and it’s also crucial that we pray for the other driver involved. Our hearts also go out to him and his family as we hold no ill will in our hearts for those involved.

“Again, we accept GOD’s will and want to sincerely thank the good samaritans, first responders and impeccable medical staff who cared for our daughter at Hartford Hospital, Hartford CT.” Says Eric B. Mother, daughter, three others burnt as tanker explodes in…