I have three vibrators; every female should have one- Toke Makinwa 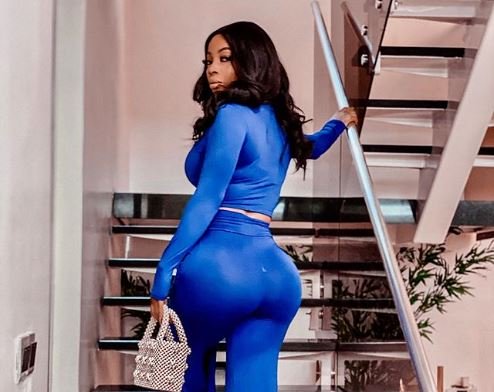 The outspoken damsel known for making controversial statements made this known while emphasizing on the need for women to understand their sexual preferences.

“I am saying you should do this not because you are a pervert but because it will help you to know what works for you and what doesn’t,” she said.

Toke went on to prescribe three types of vibrators for females namely: “Bullet, rabbit, and a clit sucker.”

“So many haven’t had an orgasm before. You depend so much on the guy to decide what your body wants, however you should take one day in the week to experiment with your vagina and see what you really want,” she added.

TheNewsGuru recalls that Makinwa had stated that she shows  off her butt because she thinks such has become a trend.

Makinwa noted her butt has “constantly turned to negative energy,” of recent, hence she has decided to flaunt it.

“My back is constantly turned to negative energy scratch motivational caption. Yes, I’m showing off my a** because I think it’s a trend and inserts Lauryn hill Doo Wop. Good morning, damn I’m all that,” she wrote on Instagram.

I have nothing against people’s sexuality-Toke Makinwa