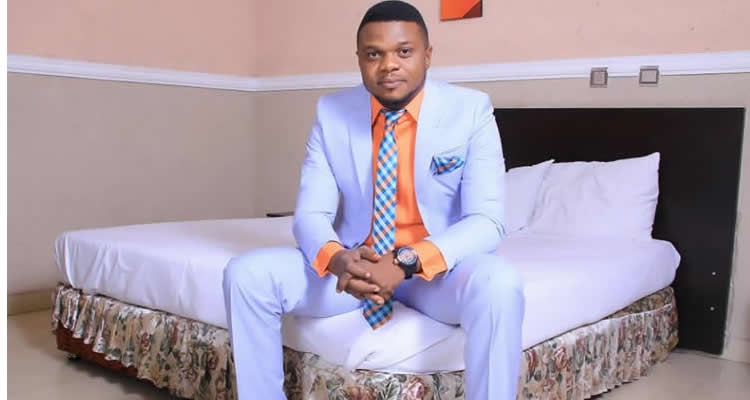 Ekenedilichukwu Ugochukwu Eric Nwenweh, professionally known as Ken Erics Ugo is one of the actors making waves in Nollywood at the moment.

In 2001, as a first year student in the University, Erics got his first movie role, in the Chris Ubani directed ‘direct-to-dvd’ movie ‘Holy Prostitute’.

The tall actor has recounted the prize he had to pay before becoming a star.

According to him:”There are many people who want the same thing as you, and most want to be actors. But I knew it was possible because whoever was determined got it. So, I kept at it as there were times I went hungry. There was this time I stood in a bus from Anambra to Lagos for an audition because I couldn’t afford to pay for a full seat and when I got to Lagos, luckily for me, I got a role in the movie.

“I have attended auditions in various places across the country as the fire was in me and I kept on burning and wanted to do it. It wasn’t easy and there was this financial constraint, but at the end, it’s worth it and I advised people to make sure they are good at it. I was putting every effort to make sure it paid off and I’m thankful it did”, he told ThisDay.

Unknown to many, Erics also has passion for music. He also narrated how he joined a music band at a tender age.

In his words:”As I have done music all my life. I went to the church and there was a programme and the band was playing, I got there and saw a microphone I took it and hid under the table then sang to what they were playing. I knew I was attracted to music but I didn’t know what pushed me to where the band was as they were much older than me. They later found me and then I sang again. Later on, I became the youngest member of that band from that day onwards. I began to attend functions and, basically, I have sang all my life.

“With that I consolidated and started learning other musical instruments which I got from my mother which I’m sure she got from hers. So, it’s been a generation of singers. It’s something I love doing as singing is in my DNA and it’s something I can do all day without getting tired. I do basically all kinds of music”.