Jussie Smollet case an embarrassment to our nation- Donald Trump 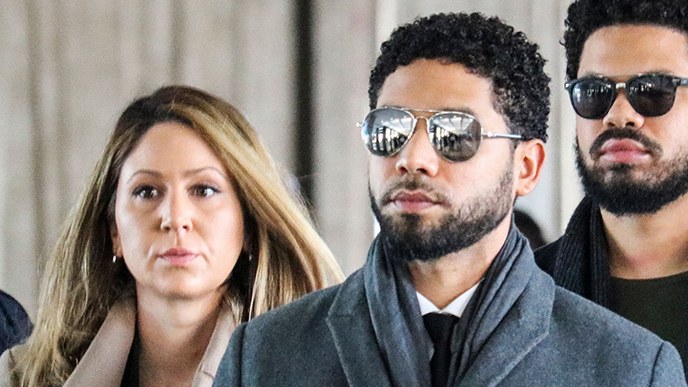 Donald Trump has called the Jussie Smollett case “outrageous” and an “embarrassment to the nation”.

Recall that all charges against the Empire star were dropped on Tuesday .He had been accused of arranging a fake racist and homophobic attack on himself.

The US president says the FBI and the Department of Justice (DOJ) will now be investigating the case.

Separately, Jussie’s lawyer has accused authorities of “continuing their campaign” against the actor.

The mayor of Chicago – the city where the alleged attack happened – said dropping the charges was “a whitewash of justice”.

Jussie’s lawyer says “the case is closed” and “no public official has the right to violate” her client’s rights.

Patricia Brown Holmes says the 36-year-old star “is innocent until proven guilty in the court of law”.

She said: “We respectfully request all government agencies involved live up to the ethical tenants of their office.

“The case was dismissed. We should all allow Mr Smollett to move on with his life as a free citizen.”

Jussie Smollett claims two men beat him up and put a noose around his neck on 29 January. In February he was charged with filing a false police report.

In yet another twist to the case, all the charges against him were dropped on 26 March.

But since then Chicago police and the city’s mayor, Rahm Emanuel, have been publicly very critical of the actor.

While Rahm Emanuel maintains that Jussie has lied about the alleged attack for “self promotion”.

Illinois prosecutor Joe Magats said the charges were dropped because Jussie forfeited a $10,000 (£7,600) bond payment and carried out community service.

FBI & DOJ to review the outrageous Jussie Smollett case in Chicago. It is an embarrassment to our Nation!