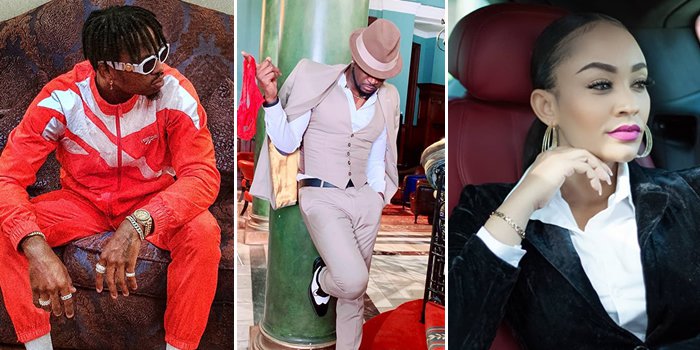 Plantnumz stated this during an interview with a radio station, Wasafi FM.

He said that Mr P through that act caused his marriage with Zari to crash.

But in a swift reaction to the claim, Diamond’s Ex-wife, Zari, debunked the news.

In an Instagram post, Zari called her ex-husband a pathological liar who once denied his own child.

Yahoo boys are no different from the…

She said, “I was about to sleep and people started sending me these voice notes about how Nasibo (Diamond Plantnumz) went to his radio tarnishing me, how I had a relationship with P-square, my personal trainer and all those things.

“And I’m just here thinking if you guys are gonna believe any words that come from a man like him, the same man who denied his own blood.

“If you all are gonna believe anything he say, then you all are just stupid just like him.”

Peter of P-Square is married to Lola Okoye, with two kids, Cameron and Aliona for him.

As at the moment of filing this report, Mr P was yet to react to the allegations.