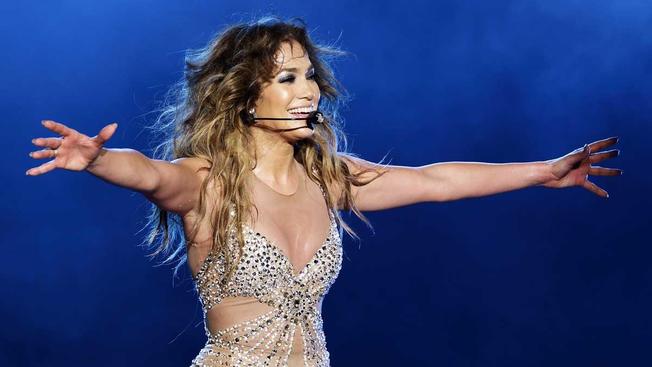 American singer, Jennifer Lopez, has been sued for $6.5million by Alvin Gray-El, for allegedly stealing his idea of ‘World of Dance’ TV show.

Lopez, who is the judge and executive producer on NBC’s “World of Dance,” is being sued by Gray-El, who claimed he came up with the idea for the TV show.

Gray-El reportedly filed a Federal lawsuit this week against the singer and a famed choreographer Debbie Allen.

According to Gray-El, the ‘World of Dance’ was a total rip of his idea for a show called “Let’s Start the Dance’ in 2009, which he first pitched to renowned choreographer Debbie Allen.

He also claimed to have faxed a letter to Debbie Allen and her production company in an effort to see if she was interested in producing the show.

In 2010, Gray-El said he had the show registered with the U.S. Copyright Office.

Okonkwo’s Attacks on the Atikus: Hand…

According to him, some years later, he discovered that the “World of Dance” was in the works at NBC in 2017.

He added that he tried to contact NBC to notify them of the copyright infringement but he did not get a reply.

In December 2018, Lopez starred in the comedy film ‘Second Act’ directed by Peter Segal she also produced the film, and recorded the single “Limitless’ for its soundtrack. She is set to star in as an executive producer of ‘ Hustler’, directed by Lorene Scafaria for STX Entertainment inspired by a New York article by Jessica Pressler, entitled ‘The Hustlers at Scores’.

She is also attached to star as drug lord Griselda Blanco in a television film for HBO which would focus on the “rise and fall” of Blanco and to serve as an executive producer for the film, which is currently in development.

lopez as an executive producer, is also developing an untitled legal drama for CBS and futuristic drama series entitled C.R.I.S.P.R. for NBC

INEC presents certificate of return to Ganduje, others