The church which currently has four branches in Ilorin, Lagos, Port Harcourt and Dubai has its headquarters in Abuja with thousands of members.

After the news broke, singer and entrepreneur Timi Dakolo shares a series of posts about the ongoings, warning pastor Fatoyinbo to desist from his evil ways and urging members of the congregation to make better enquiries about the ladies, said to have been abused instead of coming for him.

COMMONWEALTH KO ZION NI..CHURCH IS SUPPOSE TO FIX BROKEN PEOPLE AND NOT CRUSH PEOPLE WHO SHOW UP IN CHURCH NEEDING GOD. 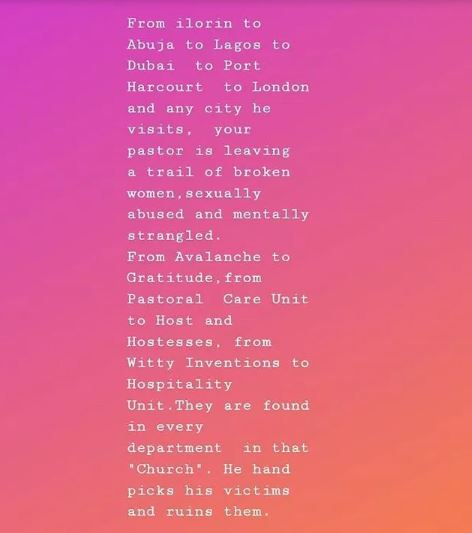 Report on arrest of Okorocha, wife is fake – EFCC source