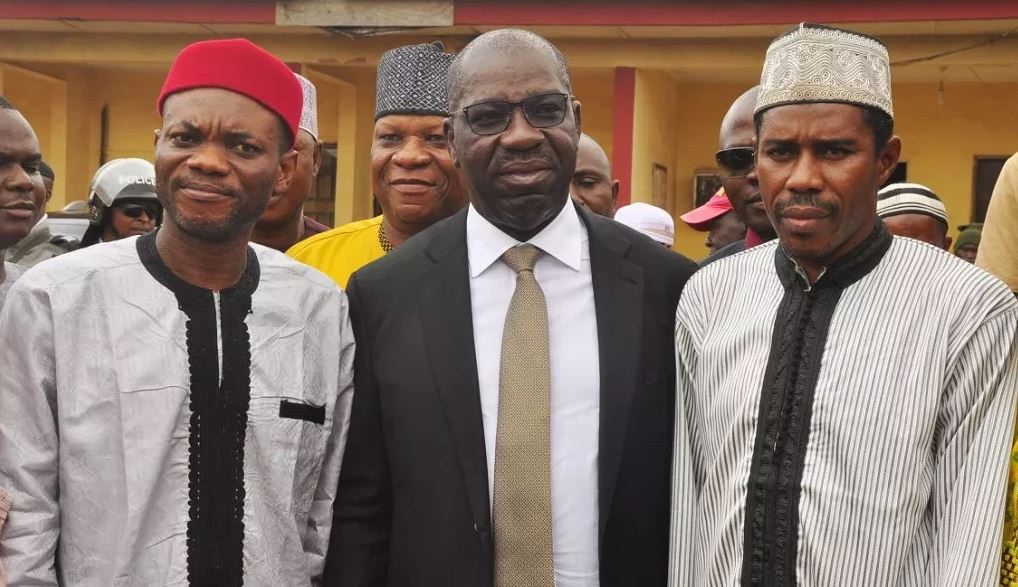 Obaseki, who gave the charge in his farewell message to the pilgrims at the Hajj Camp Ground in Benin City, the Edo State capital, assured that his administration is committed to the overall wellbeing of all Edo people and residents.

He urged the pilgrims to make the state proud through their conduct in the holy land.

“God has been good to us in Edo State as we have lived peacefully with one another. The peaceful coexistence is as a result of prayers by Edo people and residents, and we are determined to create a state that will be fair to all,” he added.

The governor commended the Sheikh Ibrahim Oyarekhua-led Edo State Muslim Pilgrims Welfare Board for the transparent manner it has handled the affairs of the board in the last one year.

“I am proud that I made the right board appointments with the amount of progress the board has made under the present leadership. I am delighted at the board’s performance and I donate a bus to the board to enhance its performance.”

Obaseki saluted the 2017 Amiru Hajj, Abdulfatai Enabulele, whose detailed report, according to him, helped his administration in planning this year’s pilgrimage to Mecca, Saudi Arabia. He pledged that his administration will support the intending pilgrims to ensure they are comfortable before their departure to Lagos next week.

The 2018 Amiru Hajj and Speaker, Edo State House of Assembly, Alhaji Kabiru Adjoto, commended the Edo State governor for approving the reconstruction of the Hajj Camp and road leading to the camp.

“As Amiru Hajj, I will ensure that our pilgrims are protected, secure and safe in the holy land while performing the Hajj,” the speaker said, and made a case for the decentralisation of the Hajj operations by the National Hajj Commission of Nigeria to forestall unnecessary delay in the air-lifting of pilgrims to Mecca.

The chairman of the board, Sheikh Ibrahim Oyarekhua, thanked the governor for the appointment, and disclosed that the over eight million naira debt his board inherited has been cleared.

He explained that Edo State pilgrims used to pay the second highest fare to Mecca, and informed that the efforts of the board, with the support of the Amiru Hajj, have brought down the cost, as the state now pays the cheapest fare to the holy land.

Nigerian pilgrims embrace other Muslims from across the globe