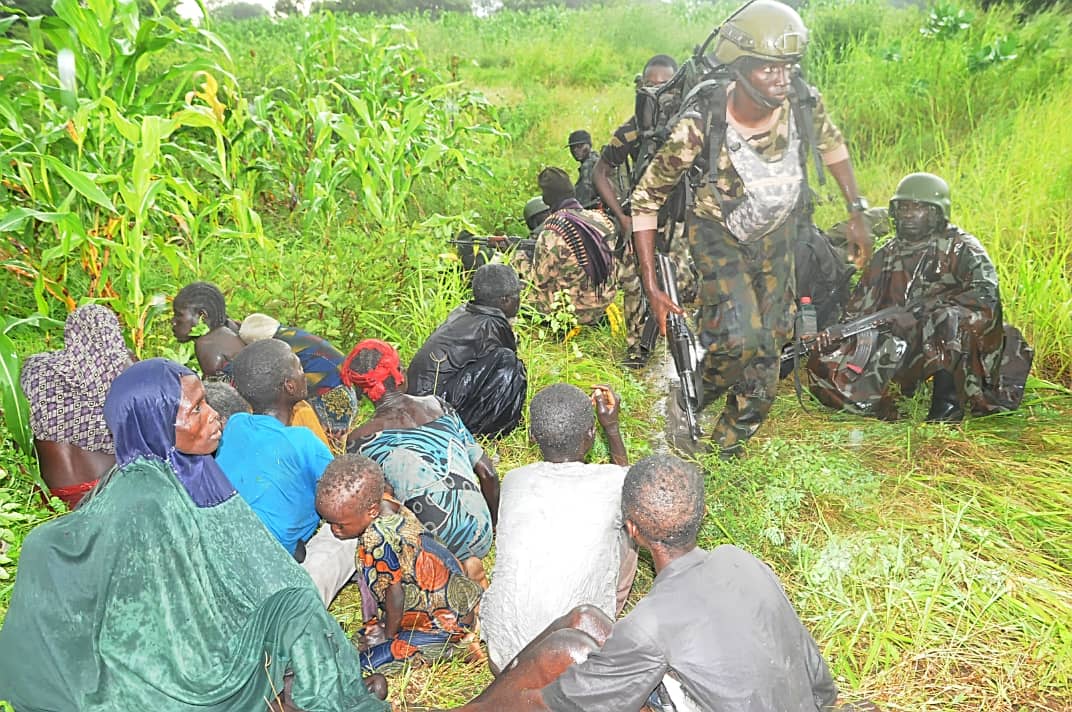 The Nigerian Army said it had nutrialised 14 Boko Haram insurgents and rescued 21 hostages in Pulka village in Gwoza Local Government area of Borno.

The News Agency of Nigeria (NAN) reports that the insurgents had on Tuesday, ambushed military escort at Amdaga area in Pulka and burnt one passenger vehicle as well as abducted some travelers.

Brig.-Gen. Texas Chukwu, Director of Army Public Relations, who disclosed this in a statement in Maiduguri on Friday said the terrorists were alleged to have haboured the insurgents that ambushed the civilian vehicle.

“Troops of 192 Battalion of 26 Task Force Brigade of Operation LAFIYA DOLE, in conjunction with Civilian Joint Task Force, neutralised the insurgents on Thursday.

“The troops engaged and subdued the terrorists, following a superior fire power of troops in the village.

“Four men injured during the attack are being attended to at the military hospital,” he said.