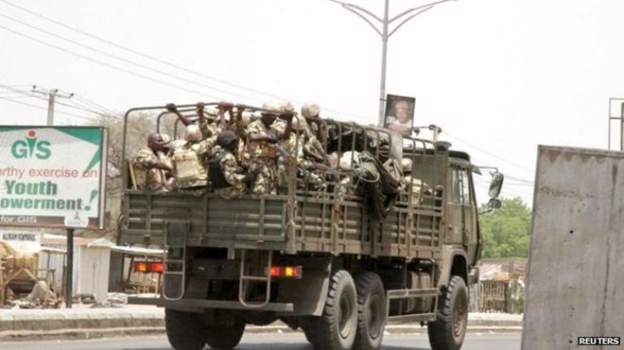 The Nigerian Army on Saturday said it would launch Operation Crocodile Smile II in the South-South region and some parts of the South-West.

The Director, Army Public Relations, Brig.-Gen. Sani Usman, said this in an interview with Signature TV on yesterday.

He said the army embarked on Python Dance lI because of the positive feedback from the South-East after Python Dance I.

He said, “Look, this is the Federal Republic of Nigeria. The Nigerian military belongs to Nigeria and they have a duty to exercise in any part of the country. It is so sad that some people try to politicise these issues. They should have exercised patience and seen how this exercise would go.

“We had Operation Harbin Kunama II covering the North-West and parts of the North-Central this year. As soon as we are done with Egwu Eke II (Python Dance), we are also going on Crocodile Smile II that will cover the South-South and some parts of the South-West of the country.

“Operation Python Dance II came about based on the encouraging feedback we received as a result of Python Dance I held last year. This is especially because of the crimes during the ‘ember’ period in the region. You know that the South-easterners, who are enterprising and industrious people, have to return to their places at the end of the year.

“Unfortunately, some criminal elements take advantage of this period to perpetrate crimes. We have armed robberies, kidnappings, and communal clashes. But the Christmas of 2016 and New Year 2017 were the most peaceful in that part of the country, and that is attributed to the field training exercise, Python Dance I.” BREAKING: Amid COVID19 fears, NDDC shuts down operation as…