Minister of Finance, Mrs Kemi Adeosun, her counterpart, in the Transportation Ministry, Rotimi Amaechi and the Director-General, Debt Management Office, DMO, Mrs Patience Oniha, have being invited by the Senate to give explanations on why  $100million out of the $600 million Euro bond obtained by Nigeria from the Chinese government for the rehabilitation of the power sector, was diverted as counterpart funding for the remodeling of Lagos, Abuja, Kano and Port Harcourt Airports.

They are to make explanations to the Senate Joint Committee on Public Accounts, Power, Steel Development and Metallurgy, which issued the summon on them on Thursday.

The Chairman of the committee, Senator Mathew Urhoghide (PDP, Edo South) gave the order following failure of the Permanent Secretary, Ministry of Transportation, Sabiu Zakari to give convincing explanations on why the loan was diverted when he appeared before the Committee.

Urhoghide said the summoning of the ministers very necessary for the committee to get the rationale behind the movement of such loans from its original purpose to a fresh one.

“There was the need to establish the desirability of the loan, because   when the loan was being douche by the Federal Government, it was very clear what it was for and not as counterpart funding to finance Chinese loan for the Airports.

“We need to establish the desirability of the loan, it was for power sector, to develop the sector, it was for the Nigerian Electricity Bulk Trading Company, NBET, Transmission Company of Nigeria, TCN, among others. Aviation was not in the picture, Nigerian National Petroleum Corporation, NNPC, was used to secure the loan. Aviation did not apply for it, not in the list of agencies to benefit. There was no Presidential approval, Aviation was not listed as a beneficiary,” he said.

“The Ministry must furnish it with vital information on the update of the project, how much has been spent on the project, among others,” he stressed.

Responding, the Permanent Secretary, Ministry of Transportation, Sabiu Zakari who promised to come with the needed information next week, said that the $100 million was a loan that was given to the ministry, which must be paid back.

Also at the committee sitting, the Managing Director/Chief Executive Officer of the Nigerian Sovereign Investment Authority (NSIA), Uche Orji, and the Chief Executive Officer of the Nigerian Electricity Bulk Trading Company, NBET, Dr. Marylyn Amobi, were mandated to furnish the parliament with evidence, bank statements, statement of account and all other relevant documents to prove that the $350 million fund was safe.

Orji had told the Senate Committee that the fund has increased by $34 million, that $397.5 million was initially realised, deduction of $13.5 million to service the interest of the amount, reduced the funds to $384 million.

He said, “The NBET funds are intact with the NSIA. As of our September statement, it has grown from $350 million to $397.5 million. $13.5 million was recalled by NBET to service the interest. So what we have at the moment is $384 million. So the funds are with us and they are safe.” 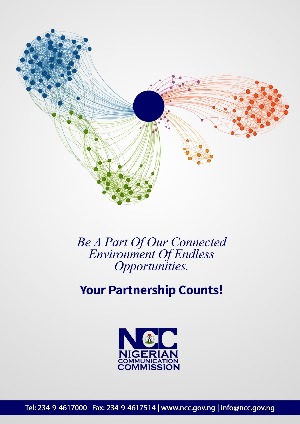