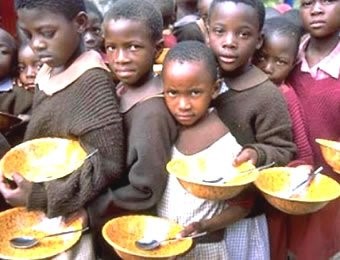 The United Nations Children Fund (UNICEF) on Tuesday said 1,115 children have died from acute malnutrition in Borno between January and December 2019.

UNICEF Nutrition Sector Coordinator, Mr Simon Karanja, disclosed this at the inauguration of the Borno Steering Committee on Food and Nutrition in Maiduguri.

Karanja said that in the year under review, 138,236 children were treated in various Community for Management of Acute Malnutrition centers in the state while 6,399 defaulted treatment.

He also said that 1,877 children did not recover or relapsed.

He said that at least three cases of death were recorded every day in the state.

The official attributed the rising cases of malnutrition to include poor dietary consumption trends, high prevalence of diseases such as diarrhea, measles, and food insecurity.

Other factors, he said, included poor funding of prevention interventions, duplication, and gaps in services, critical medicine shortages for such persons. Banda said that children only got the best type of food when they were living in a healthy and conducive environment and not in a hazardous settlement.

“The practice of open defecation poses a big threat and has remained a big contributor to malnutrition, especially in IDPs camps which can alter the children’s growth and affect their performance.

PDP group distances self from plot to truncate Nigeria’s democracy Buhari made 2019 unsuccessful year for many Nigerians…