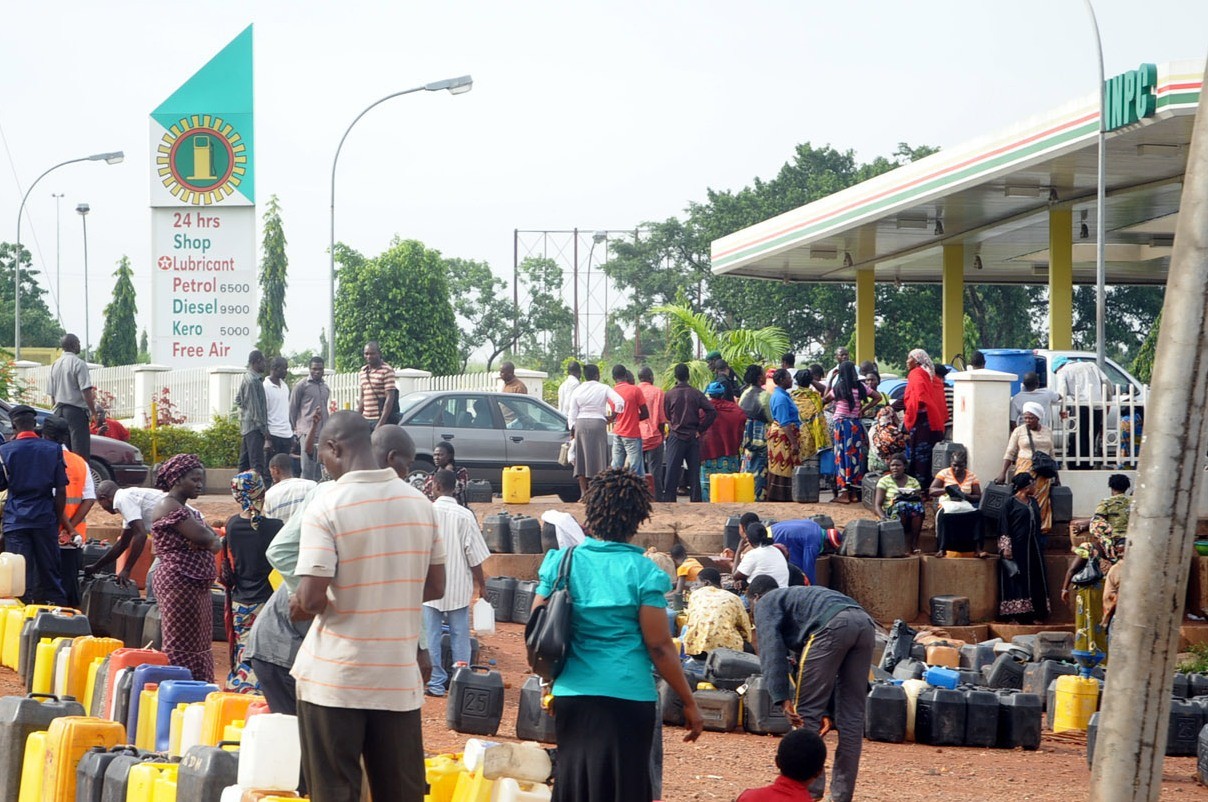 The Nigeria Union of Petroleum and Natural Gas Workers, NUPENG, on Wednesday, called on President Muhammadu Buhari administration to compel Chevron Nigeria Limited, CNL, to honour the agreement it reached with the union on June 20, last year.

The Union in a seven-day strike notice issued to the federal government said that failure to comply, the union would direct its members to commence strike action.

According to a statement signed by its President and General Secretary, Prince Williams Akporeha and Afolabi Olawale respectively, the union said, “NUPENG, with deep frustration and worries, would like to alert the general public and all relevant authorities of the blatant violation of agreement reached between Chevron Nigeria Limited Company and unions in the industry.

“After up to one year negotiation, brokered by Nigerian National Petroleum Corporation, NNPC; National Petroleum Investment Management Services, NAPIMS, and Ministry of Labour, it was agreed that considering the intervention of all the institutions mentioned above and the various justifications made, only 30 per centof the Labour Manpower Contract Workers will be relieved.

“Of the 1,856 contract workers in the company, NUPENG has 1,120; PENGASSAN, 213; and non-unionised, 523. It was agreed that the 30% reduction shall be spread in equal percentage among the three groups.

“It was also agreed that union executives (NUPENG and PENGASSAN) will not be affected by the reduction, that Chevron Nigeria Limited will not in any guise change the Labour manpower to service contracts.

‘’It was also agreed that anyone that voluntarily offers to go will be counted as part of the agreed 30%. Unfortunately, immediately after the agreement was reached, Chevron started executing the exercise in blatant violation of the agreed terms, ostensibly to either put NUPENG in bad light as troublesome or for extinction because only NUPENG members have been exited from work, leaving behind the Non- Unionised workers and PENGASSAN members.

‘’It is further embarrassing to see that NUPENG executives are also part of those already locked out. From our record, over 500 of NUPENG members are being sacked. We further learned that the intention of Chevron is to change the contract to short term service contract and we see this as unfair and a breach of agreement reached with us in bad faith.

“All NUPENG executives should be called back to work, the percentage of reduction agreed should be spread to the three groups as agreed to avoid creating the impression that NUPENG was the target of the exercise.

“The good disposition of the new leadership of NUPENG should not be taken for granted. Chevron should not be allowed to use this exercise to change the Labour Manpower contract to service contract in a disguised manner.

“Consequent on the above demands and having been pushed to the wall, NUPENG, hereby, puts all our members on red alert should Chevron Nigeria Limited and its contractors fail to honour or comply with our demands within the next seven days, we would also not hesitate to take all necessary legal options available to us, including industrial actions, to press home our legitimate demands.”