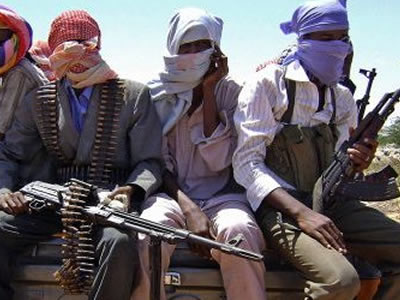 The Imam of the Emir of Borgu Palace Mosque and 19 others have been kidnapped in early morning raid by bandits on some communities in Borgu local government area of Niger state.

One person has been confirmed dead and three others seriously injured in the attack that lasted for hours.

The bandits, who had blocked the Road from Ibbi to New Bussa were armed with guns, cutlasses, and knives and were shooting sporadically.

The bandits were said to have blocked the road from Ibbi to New Bussa, attacking villagers going and coming from the markets.

Sources said the incident occurred at about 5.30 pm on Saturday when the villagers were returning from the markets.

The Imam was noticed to have been among the kidnapped victims when the bandits called the Emir to demand N20 million ransom for his release.

It was also learned that the Emir of Borgu, Alhaji Mohammed Haliru Dantoro had summoned an emergency meeting with all security chiefs in the local government to look at the possibility of securing the release of those kidnapped.
banditsnewsletterniger
0
Share