Embattled founder and senior pastor of the Common Wealth of Zion Assembly (COZA), Rev. Biodun Fatoyinbo on Sunday announced the cancellation of the church’s upcoming one week programme scheduled to commence from tomorrow, Monday July 1 through to Saturday July 7, 2019. 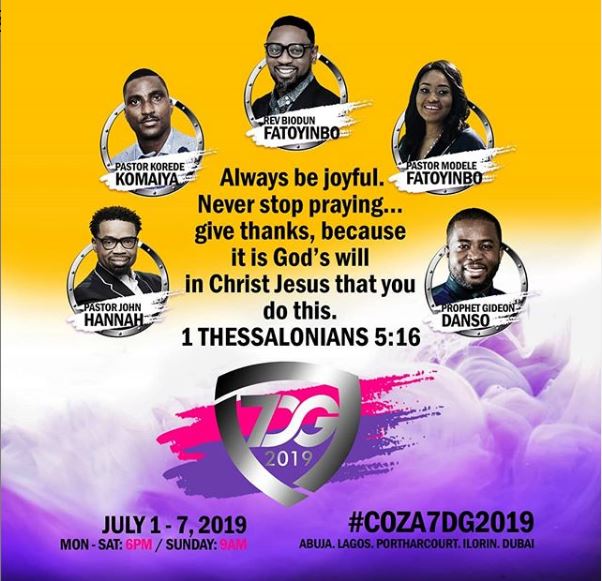 Fatoyinbo made the announcement during the on-going church service monitored live by TNG crew. His wife, Modele also spoke at the service urging members not to be dismayed by the crisis rocking the church and its leadership.

Meanwhile, members of the #ChurchTooMovement on Sunday stormed the headquarters of Commonwealth of Zion Assembly (COZA) in Abuja to protest against the alleged pattern of rape leveled against embattled pastor.

This is coming after Busola Dakolo, celebrity photographer and wife of Timi Dakolo publicly raised an allegation of rape against Fatoyimbo.

The accusation generated a lot of conversations, particularly on social media. Fatoyinbo has since denied the allegation.

My husband is not a rapist- Pastor Modele Fatoyinbo