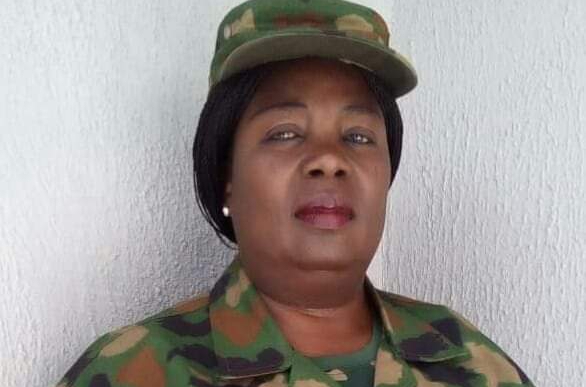 The SNCO, who has put in not less than 33 years of outstanding meritorious service to the Nation, was found worthy to be promoted to the rank of AWO  for her exemplary leadership qualities, hard work as well as her contributions to the Service over the years.

The promotion demonstrates the commitment of the current NAF leadership in paying adequate attention to the empowerment of female personnel to  realize their full potentials. It would be recalled that one of the NAF’s female officers was sent to the United States of America for training to become the first female fighter pilot in the history of the NAF.

Similarly, for the first time in NAF history, another female pilot is on the verge of completing training to become the first female helicopter pilot in the Service. It is expected that the promotion of MWO Garba to AWO would serve as a motivation and spur other airwomen in the Service to strive for excellence and aspire for such rare elevation.

She is currently the Regimental Sergeant Major (RSM) of the NAF School of Medical Sciences and Aviation Medicine (NAFSMSAM), Kaduna. She will be decorated with the new rank on 15 October 2019.

UCL: Real Madrid come from behind to draw Club Brugge