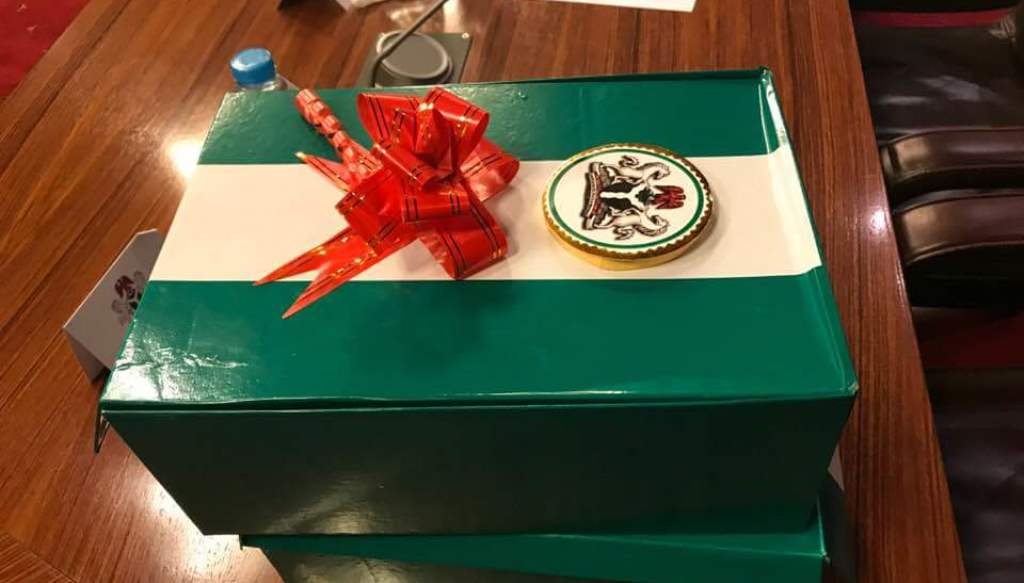 By Emman Ovuakporie
The Minister of Finance, Zainab Ahmed on Wednesday revealed plans by the Federal Government to expend  N4.88 trillion for payment of the new national minimum wage and other personnel costs in the 2020 fiscal year.
Ahmed who disclosed this during the National budget public hearing on the 2020 budget estimates at the joint session held by the Senate and House of Representatives, told lawmakers of the present administration’s projected investment of N10.33 trillion into Government Owned Enterprises  (GOEs/Bilateral/Multilateral project tied loans/expenditures.
For the proposed budget deficit for 2020 was pegged at N2.175 trillion (1.52% of the GDP), is expected to be funded mainly by borrowing of N1.594 trillion, comprising of N744.99 billion domestic sources and N850 billion foreign sources (more concessionary financing against commercial financing arrangement.)
On debt servicing, Federal Government proposed the sum of N2.5 trillion representing 23.74% of target expenditure for the incoming fiscal year and N296 billion for the retirement of maturing bond to local contractors, representing an increase of 169.09% from N110 billion for 2019.

The minister affirmed that the country achieved 58% of its revenue target as at second quarter of 2019 fiscal year, explained that the success was largely because some one-off items such as the N10 billion from Oil Joint Venture Asset restructuring and N320 billion from revision of the Oil Production Sharing Contract legislation/terms are yet to be actualized.
Breakdown of the actual revenue accrued to government’s coffer between January and June 2019 showed that total sum of N900 billion (49%) was from Oil revenue; N349.11 billion (86%) from Company income tax; N81.36 billion (71%) from Value Added Tax while N184.10 billion (100.47%) was from Customs Collections.
“Fiscal deductions by NNPC for federally funded projects also exceeded target.”
Interesting stories for you

How Dangote Refinery will help Nigeria save…

Of the total appropriation of N8.92  trillion, the sum of N3.39 trillion had been spent as at June 2019 against the prorated expenditure of N4.58 trillion, representing 76% performance while N294.63 billion had been released for capital projects as at 30th September, 2019, despite late signing of the budget on the 27th May, 2019.
According to her, the 2019 actual GDP stands at 2.02% against the proposed 3.01% in the budget; 1.86mbpd of oil production against 2.3mbpd; $67.2 per barrel against the proposed $60 per barrel while the actual inflation rate stands at 11.4% against proposed 9.98% and exchange rate stands at N305.9/$ against the proposed N305/$ at half year.
While speaking on the 2020 budget estimates she  reflects that the adjustments to the MTEF/FSP with respect to the oil benchmark price of $57 per barrel from $55 per barrel and Customs revenue target raised to N1.5 trillion, an increase of N557.4 billion of which N235.5 billion is available to fund Federal Government’s budget.
She also assured that debt service and the implementation of non-debt recurrent expenditure, notably payment of workers’ salaries and pensions are on track, while spending on 4 critical sectors namely power, roads, rail and agricultural sectors are of top priority.
She expressed concern over the rising personnel cost including pension costs above N3 trillion, however noted that steps are being taken to “contain the rising personnel costs, including an October 2019 deadline by Mr. President for all MDAs to implement IPPIS.”
As contained in the 2020 budget estimates, she explained that MDAs are to roll over 60% of the 2019 projects due to paucity of fund in the current year.
Chairman, House Committee on Appropriation, Hon. Muktar Betara,  in his remarks explained that the public hearing was aimed at making it an all-inclusive process in the task of national development.
“As always, the enormity of demands translated to projects and huge capital, can hardly match available resources. This is the more reason why we in the national Assembly and particularly in the House of Representatives will always do our utmost best in thoroughly processing the national budget.
“The 2020 Budget of ‘sustaining growth and job creation’ is no doubt built within robust and sound objectives, which if well programmed, will translate to effective implementation and dividends that will spiral growth across all sections and spheres of the country.
Budget 2020Finance Ministerminimum wage
0
Share

It was a prank,’ says lady who accused Davido of impregnating her