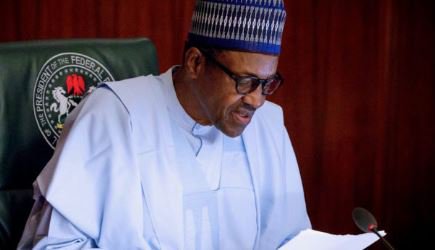 President Muhammadu Buhari accused the international NGOs working in the theatre of war in the North East of scamming Nigeria and their donors, in that their impact in addressing the humanitarian problems in the region does not match the millions of dollars they claim to have spent.

Buhari dropped the bombshell on Wednesday when he held a maiden meeting with members of the Economic Advisory Council headed by Professor Doyin Salami.

“Today, we hear international organisations claiming to spend hundreds of millions of dollars on IDPs in the North East. But when you visit the camps, you rarely see the impact”, Buhari said.

He then went on to further nail them: “In 2017, when the National Emergency Management Agency took over the feeding of some IDPs in Borno, Yobe and Adamawa, the amount we spent was significantly lower than the claims made by these international organisations”.

It was not the first time Nigerian authorities will pooh-pooh the activities of the international NGOs. Military authorities not known for diplomatese and officialese have often decried their activities, being inimical to the efforts to end the insurgency plaguing the region.

Just recently, the military shutdown the offices of the Action Against Hunger in Borno and Yobe, accusing them of aiding and abetting the terrorists. A short while after, Mercy Corps, another foreign NGO also shut their shops.

President Buhari not only pinpointed the alarming non-correlation between the money spent by the NGOs and the actual impact, he appeared to have decided to move on and cater for the victims of the insurgency without their aid.

President Buhari said he has directed the new Minister for Humanitarian Affairs to commence a comprehensive data-gathering exercise in our IDP camps in the North East.

To the EAC, Buhari also suggested the collation of homegrown data, not the unrealistic ones handed over by the World Bank and the IMF.

“Therefore, actionable data is critical to implement effective strategies to address pressing problems such as these humanitarian issues”, Buhari said with regards to efforts in the North East.

About the country in general, he asked the EAC members to develop a baseline study and focus on primary data collection.

“This is disturbing as it implies, we are not fully aware of what is happening in our own country.

“We can only plan realistically when we have reliable data. As you are aware, as a government, we prioritised agriculture as a critical sector to create jobs and bring prosperity to our rural communities`’, he said.

“Our programs covered the entire agricultural value chain from seed to fertiliser to grains and ultimately, our dishes. As you travel in some rural communities, you can clearly see the impact. However, the absence of reliable data is hindering our ability to upgrade these programs and assure their sustainability”, Buhari said.