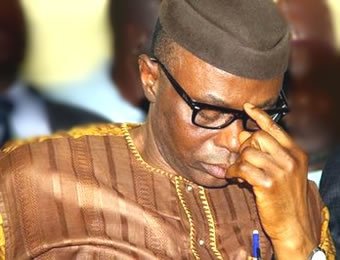 Gov. Oluwarotimi Akeredolu of Ondo State has commiserated with his predecessor, Dr Olusegun Mimiko, over the demise of his mother, Alhaja Muyinat Mimiko.

Alhaja Mimiko died in the early hours of Saturday in her hometown, Ondo at the age of 88. She died in her sleep at the residence of her son where she lived till her demise.

Akeredolu, in a statement made available to newsmen by Mr Donald Ojogo, the state Commissioner for Information and Orientation, on Saturday in Akure, described her death as “a personal loss.”

DSS invasion: Judges at risk of being…

“With a deep sense of loss, Gov. Oluwarotimi Akeredolu, on behalf of the government and the good people of Ondo State, shares this moment of loss with his school mate, a friend of decades and immediate predecessor in office. Mr Governor considers mama’s exit a personal loss.

“Undoubtedly, her exit has created an irreplaceable vacuum in the family and her immediate environment.

“Nonetheless, our collective sense of fulfillment lies in the comfort of mama’s hard work, high moral standards, discipline as well as prayers for her children.

“The government of Ondo State is particularly enthralled by the exploits of one of her sons, Olusegun, the former governor, whose shrewd intervention in the critical health sector is now a reference point.

“While appreciating God’s benevolence and grace of age on mama, our prayers are with the children and the entire family during this period of grief and personal loss of their beloved mother,” the statement said.