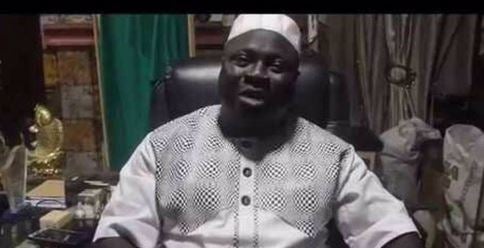 Popular Lagos-based traditional medicine practitioner Fatai Yusuf, popularly known as Oko Oloyun who was murdered by gunmen on Eruwa-Igbo-Ora Road in Oyo State on Thursday has been buried.

The deceased was buried at his hometown Otu, Iseyin in Oyo State on Friday according to Islamic rites.

According to reports, his corpse was not deposited at Igbo-Ora General hospital’s mortuary but was taken away after he was confirmed dead.

Popular Fuji maestro, King Saheed Osupa also shared a clip from the burial rites, confirming that the trado-medical expert has been laid to rest.

He posted a video of how the businessman was buried with a caption: “ This is how Alhaji Fatai Yusuf Oko Oloyun remains was buried. May his soul Rest In Peace.”

Meanwhile, Oyo State Police Command said it has started interrogating the two police escorts that were with Oko Oloyun when he was gruesomely murdered.

The police also appealed to members of the public with credible information on Oko Oloyun’s death to come forward.