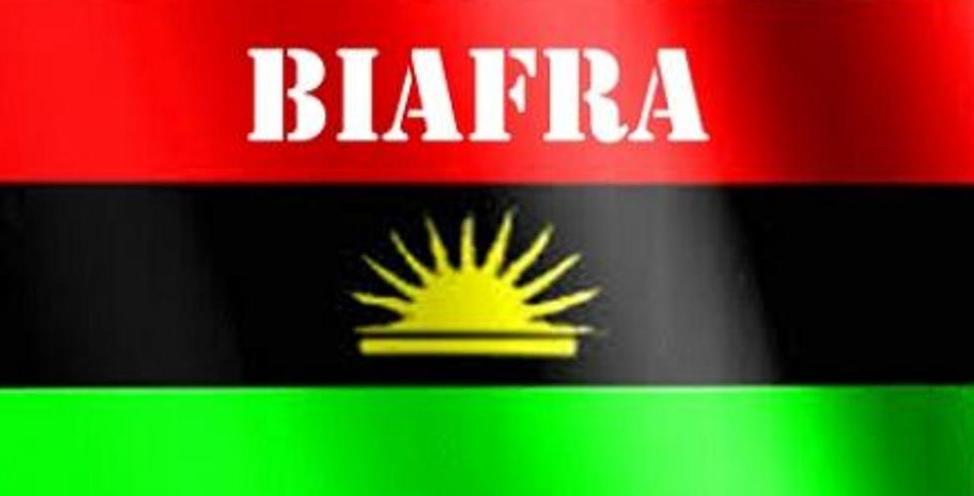 Being text of speech by acting Head of State of Biafra, General Philip Effiong, that announced the surrender of the secessionist state on January 15, 1970.

I , Philip Effiong, do hereby declare: I give you not only my own personal assurances but also those of my fellow officers and colleagues and of the entire former Biafran people of our fullest cooperation and very sincere best wishes for the future.

It is my sincere hope the lessons of the bitter struggle have been well learned by everybody and I would like therefore to take this opportunity to say that I, Maj. Gen. Philip Effiong, officer administering the government of the Republic of Biafra, now wish to make the following declaration:

That we are firm, we are loyal Nigerian citizens and accept the authority of the Federal Military Government of Nigeria.

That we accept the existing administrative and political structure of the Federation of Nigeria.

That any future constitutional arrangement will be worked out by representatives of the people of Nigeria. That the Republic of Biafra hereby ceases to exist.

Citizens of Nigeria, It is with a heart full of gratitude to God that I announce to you that today marks the formal end of the civil war. This ends thirty months of a grim struggle. Thirty months of sacrifice and national agony.

Exactly four years ago on January 15, 1966, a group of young army officers overthrew the government of the country with violence. The country hoped, however, that the military regime which followed would quickly restore discipline and confidence in the army and introduce a just, honest, patriotic and progressive government. The country was disappointed in those hopes. There were further tragic incidents in the army leading to the death of many officers and men in July, 1966.

I then assumed the leadership of the Federal Military Government. I gave a solemn pledge to work to reduce tension in the army and the country, to restore the Federal Constitution and to prepare the country for an orderly return to civilian rule as early as possible. Despite my efforts and the cooperation of all other members of the Supreme Military Council, the former Lt. Col. Ojukwu pushed us from one crisis to another. This intransigent defiance of Federal Government authority heightened tension and led to the much regretted riots in September/October, 1966. He subsequently exploited the situation to plunge the former Eastern Region into secession and the nation into a tragic civil war.

The world knows how hard we strove to avoid the civil war. Our objectives in fighting the war to crush Ojukwu’s rebellion were always clear. We desired to preserve the territorial integrity and unity of Nigeria. For as one country we would be able to maintain lasting peace amongst our various communities; achieve rapid economic development to improve the lot of our people; guarantee a dignified future and respect in the world for our posterity and contribute to African unity and modernisation. On the other hand, the small successor states in a disintegrated Nigeria would be victims of perpetual war and misery and neo-colonialism. Our duty was clear. And we are, today, vindicated.

The scam in the Biafra agitation process…

The so-called ‘Rising Sun of Biafra’ is set for ever. It will be a great disservice for anyone to continue to use the word Biafra to refer to any part of the East Central State of Nigeria. The tragic chapter of violence is just ended. We are at the dawn of national reconciliation. Once again, we have an opportunity to build a new nation.

My dear compatriots, we must pay homage to the fallen. To the heroes, who have made the supreme sacrifice that we may be able to build a nation great in justice, fair play and industry. They will be mourned for ever by a grateful nation. There are also the innocent men, women and children who perished, not in battle but as a result of the conflict. We also honour their memory. We honour the fallen of both sides of this tragic fratricidal conflict. Let it be our resolution that all those dead have not died in vain. Let the greater nation we shall build be their proud monument forever.

Now, my dear countrymen, we must recommence at once in greater earnest, the task of healing the nation’s wounds. We have at various times repeated our desire for reconciliation in full equality, once the secessionist regime abandoned secession. I solemnly repeat our guarantees of a general amnesty for those misled into rebellion. We guarantee the personal safety of everyone, who submits to Federal authority. We guarantee the security of life and property of all citizens in every part of Nigeria and equality in political rights. We also guarantee the right of every Nigerian to reside and work wherever he chooses in the Federation, as equal citizens of one united country. It is only right that we should all henceforth respect each other. We should all exercise civic restraint and use our freedom, taking into full account the legitimate rights and needs of the other man. There is no question of second class citizenship in Nigeria.

On our side, we fought the war with great caution, not in anger or hatred, but always in the hope that common sense would prevail. Many times we sought a negotiated settlement, not out of weakness, but in order to minimise the problems of reintegration, reconciliation and reconstruction. We knew that however the war ended, in the battlefield or in the conference room, our brothers fighting under other colours must rejoin us and that we must together rebuild the nation anew.

Those now freed from the terror and misery of the secessionist enclave are therefore doubly welcome. The nation is relieved. All energies will now be bent to the task of reintegration and reconciliation. They will find, contrary to the civil [thus in press release; but probably ‘evil’ ?] propaganda with which they were fed, that thousands and thousands of Ibos have lived and worked in peace with the other ethnic groups in Lagos and elsewhere in the Federation throughout the dark days of the civil war. There is, therefore, no cause for humiliation on the part of any group of the people of this country. The task of reconciliation is truly begun.

There is an urgent task to be done. The Federal Government has mounted a massive relief operation to alleviate the suffering of the people in the newly liberated areas. I have as announced, assigned special responsibility for this to a member of the Federal Executive Council. We are mobilizing adequate resources from the Federal Government to provide food, shelter and medicines for the affected population. Rehabilitation and reconstruction will follow simultaneously to restore electricity, transport and communications.

The problem of emergency relief is a challenge for the whole nation. We must prove ourselves equal to the task. Our resources, which have enabled us to prosecute the war successfully and without obligations to anyone, are considerable. I appeal to the nation for volunteers to help in the emergency relief operations in the newly liberated areas. Doctors, nurses, engineers, technicians, builders, plumbers, mechanics, administrators – skilled hands willing to help are urgently required. The detailed arrangements for recruitment will soon be announced. I am sure that there will be a prompt and good response to this call.

Regarding the future, we shall maintain our purpose to work for stability with the existing political structure of a minimum of twelve states. The collision of three giant regions with pretensions to sovereignty created distrust and fear and led to the tragic conflict now ending. The multi-state structure will therefore be retained with the minimum of the present twelve states. Immediate post-war platting and reconstruction will continue on this basis. Any new constitution will be the result of discussion by the representatives of all the people of Nigeria.

Fellow countrymen, the civil war is truly over. We thank God. But the state of national emergency and emergency regulations remain. Discipline and sacrifice are essential if we are to achieve our goals in the immediate postwar period and lay sound foundations for the future. I demand of your patience, resolution and continued dedication. I demand of the workers and employers continued restraint in industrial relations in keeping with the recent decree. A decree on price control will soon be promulgated. We shall soon review wages and salaries to improve the lot of the ordinary man. The immediate economic problems are challenging and we must behave accordingly.

The Armed Forces deserve the greatest praise for their valour in battle, their loyalty and dedication and for their resourcefulness in overcoming the formidable obstacles placed in our way. I praise them for observing strictly the code of conduct issued to them at the beginning of the operations. It is necessary now more than ever when the rebellion is ended, for them to maintain the high standard they have attained. The letter and spirit of the code must be obeyed. Their first duty is to protect the lives and property of all surrendering troops and civilians and to give them humane treatment. Stern disciplinary measures will be taken against any who violate the code. I know, however, that I can continue to count on your loyalty and discipline.

All Nigerians share the victory of today. The victory for national unity, victory for hopes of Africans and black people everywhere. We must thank God for his mercies. We mourn the dead heroes. We thank God for sparing us to see this glorious dawn of national reconciliation. We have ordered that Friday, Saturday and Sunday be national days of prayer. We must seek his guidance to do our duty to contribute our quota to the building of a great nation, founded on the concerted efforts of all its people and on justice and equality, a nation never to return to the fractious, sterile and selfish debates that led to the tragic conflict just ending. We have overcome a lot over the past four years. I have therefore every confidence that ours will become a great nation. So help us God.

The scam in the Biafra agitation process, By Michael Owhoko