How NDLEA, others help us extradite Muhammad Khalid Khan from Nigeria – United States 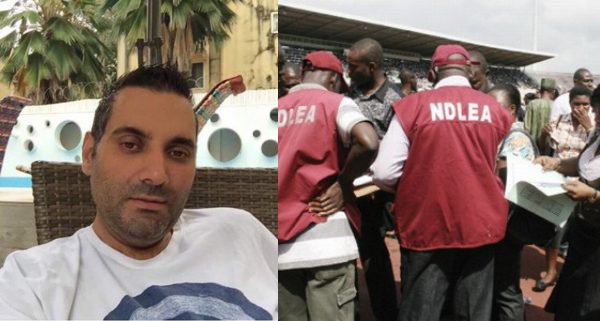 The U.S. Government on Thursday revealed how it had with assistance from Nigerian relevant agencies successfully extradited U.S. indicted defendant Muhammad Khalid Khan to the U.S.

The U.S. Consulate General in Lagos said that Khan was arrested at the request of the U.S. Justice Department in Nigeria pursuant to a federal arrest warrant issued in New York.

“The U.S. Department of Justice with the assistance of the Nigerian Federal Ministry of Justice, the Central Authority Unit (CAU), and the National Drug Law Enforcement Agency (NDLEA) has successfully extradited U.S. indicted defendant Muhammad Khalid Khan to the U.S.

“Khan was arrested at the request of the U.S. Justice Department in Nigeria pursuant to a federal arrest warrant issued in the Southern District of New York.

“The U.S. Department of Justice heavily depended and relied on the support and professionalism of Nigerian law enforcement in coordinating the successful arrest and extradition of khan,’’ it said in a statement.

It added that Khan, who was extradited on April 28 this year, was being charged with attempted narcotics importation, conspiracy to import a controlled substance into the U.S., and international money laundering.

The consulate general said that Khan had been involved in drug trafficking and money laundering network responsible for trafficking drug narcotics to the U.S., Australia, Africa and Europe.

“His money laundering network was widespread throughout the U.S. Australia, Canada, Africa, Europe and Asia.

“Muhammad Khalid KHAN has been the target of multiple DEA investigations, including those conducted by international DEA Offices in Lagos, Nigeria, Islamabad, Pakistan, and Sydney in Australia.

“He has been the target of domestic offices in New York and the DEA Special Operations Division, as well international partnerships with the Australian Criminal Intelligence Commission and the Royal Canadian Mounted Police,’’ it said.

According to the consulate general, if convicted, Khan would face a maximum sentence of life imprisonment and a mandatory minimum sentence of 10 years in prison on Count One.

It added that if convicted he would also face a maximum sentence of 20 years on each of Counts Two and Three.

The consulate general also said that the U.S. Justice Department and the Drug Enforcement Administration (DEA) would continue to work with the Nigerian Ministry of Justice and law enforcement partners.

It said that more collaborative effort was needed in identifying and bringing to justice transnational criminal organisations determined to saturate communities with illegal and dangerous controlled substances around the world.

North-Central candidate, Mohammed Bago gaining momentum ahead of Gbajabiamila in quest for speakership