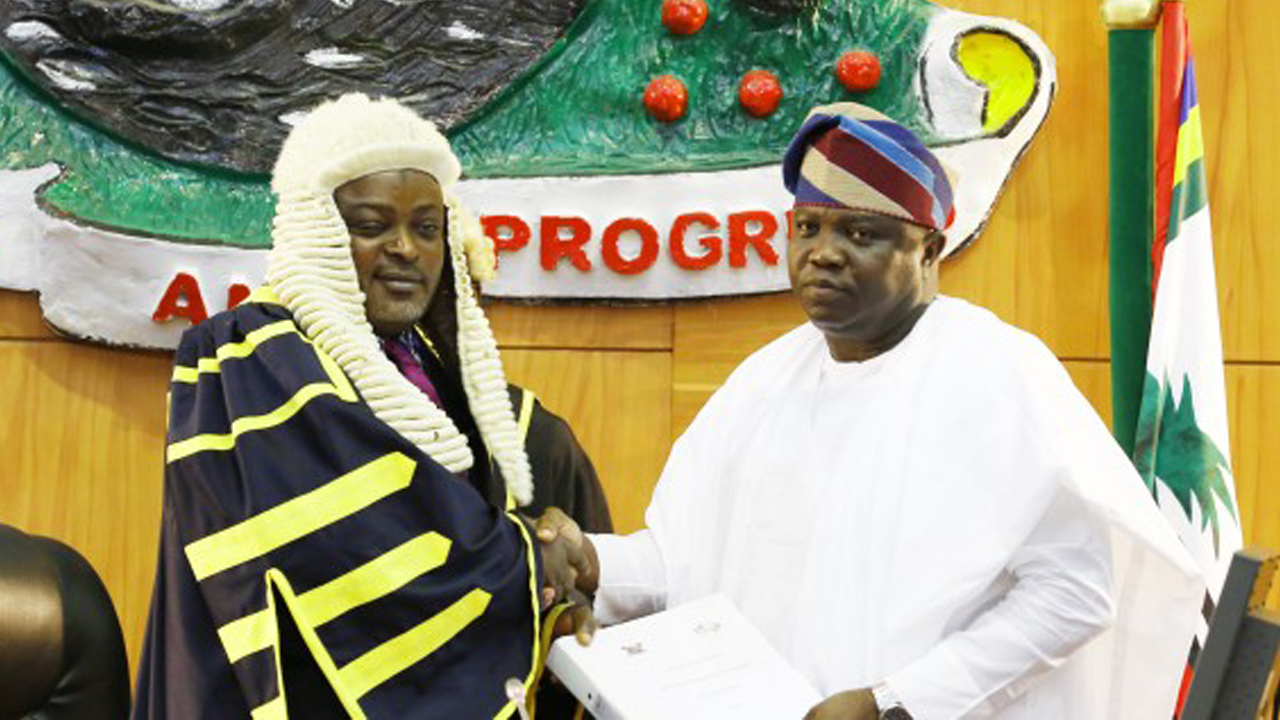 Governor Akinwunmi Ambode will present the 2019 budget of Lagos State to the House of Assembly on Tuesday.

Recall that the legislature had last week threatened to impeach the governor for sending the budget to it instead of appearing in person to present and defend as done in previous years.

The assembly also accuse the governor of gross misconduct, including spending before budget approval.

However, to salvage the situation, the national leader of the All Progressives Congress (APC) Bola Tinubu brokered peace and assured Lagosians that the governor won’t be impeached. While speaking after a meeting of the Governor’s Advisory Committee (GAC), in Lagos on Sunday, Tinubu had said: “We examined the grievances on both sides. As leaders, we also looked into areas where there has to be a compromise.

“In order to build institutions and encourage consensus-building, we have to do what is right.

“There is no impeachment. Let there be more communication and consensus-building and understanding. All these are inbuilt in the democratic system.”