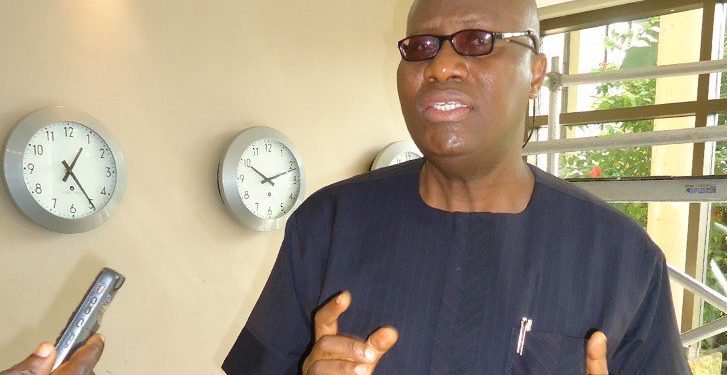 Johnson who was also a deputy President of the Trade Union Congress of Nigeria (TUC) reportedly died at about 2.00am at the National Hospital, Abuja after a brief illness.

He was one of the those eyeing the Presidency of the TUC in the forthcoming election scheduled for the last week of June 2019 and was reelected for a second term as President of PENGASSAN in 2017.

Confirming the death in a statement signed by the General Secretary, Comrade Lumumba Okugbawa and Deputy President, Comrade Frank Esanubi, PENGASSAN said Comrade Johnson will be remembered for being thoughtful, humorous, compassionate and transparent as he touched the lives of so many and was the very embodiment of strength, patience, and perseverance.

The statement reads: “On behalf of the National Executive Council (NEC), Central Working Committee (CWC), members and staff of Petroleum and Natural Gas Senior Staff Association of Nigeria (PENGASSAN), we announce the untimely and painful death of Comrade Francis Olabode Johnson, President PENGASSAN in the early hours of Friday 31st May 2019 at National Hospital Abuja, after a brief illness.

“Late Comrade F.O. Johnson until his passing on was a staff of Nigerian National Petroleum Corporation (NNPC) and was on his final lap of his eventful and transformational six years tenure as President PENGASSAN, having been elected to that position in June 2014 and re-elected in 2017.

“Comrade Johnson will be remembered by his comrades, co-workers, family and friends for being thoughtful, humorous, compassionate and transparent as he touched the lives of so many and was the very embodiment of strength, patience, and perseverance.

“These attributes propelled him to develop a deep connection with nature, zest for life and the total transformation of PENGASSAN National Secretariat and initiating the e-library and Events Resources Centres in all of our Zonal offices.

“His joyous laughter and giving spirit will forever be ingrained in our memories.
Burial rites will be communicated to the general public as soon as we receive information from the family.”