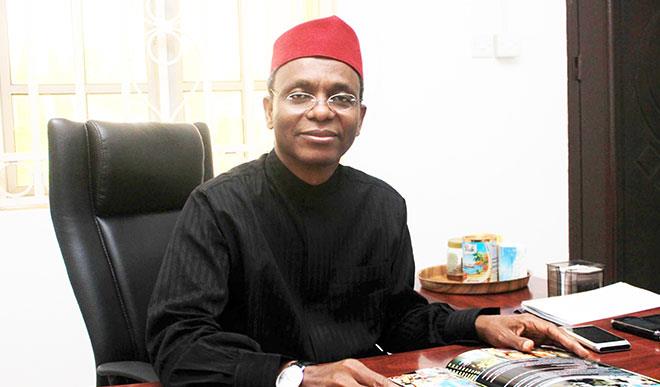 Governor Nasir El Rufai of Kaduna state, who is the second respondent on the petition filed by the Peoples Democratic Party (PDP) and its gubernatorial candidate, Hon. Isa Ashiru at the election tribunal has closed his case on Wednesday, after calling two witnesses.

The second witness who gave evidence on Wednesday was Forensic and a Hand Writing expert, retired DSP Olufemi Ayodele.

Mr. Ayodele who adopted his written statement as evidence before the tribunal explained that only a few witnesses signed the documents of the petitioner, based on his findings.

Under cross-examination, Ayodele said that he is not a consultant but a professional.

However, the petitioner’s counsel, Mr. E. Y Kurah (SAN), referred him to paragraph five of his petition where the witness referred to himself as a principal consultant.

Ayodele clarified that he had referred to himself as a consultant in the document as a way of introduction but as a witness in court, he is a professional.

‘El-Rufai has 83 certificates from…

The petitioner’s counsel asked him whether he was paid to do the job of a Forensic Analyst and the witness answered in the affirmative but refused to disclose his professional fee.

Mr. Ayodele also said that he has no allegiance to the person who hired him, adding that his testimony was to assist the tribunal as best as he can.

When asked if he knew the theory of forensic analysis which suggests that analysts tend to favour those who hired them, the witness said that he is not aware of it.

The witness, however, agreed with the petitioner’s counsel that accidental and natural variations occur in signatures.

Barrister Kurah (SAN) tendered a document titled “Adversarial Allegiance amongst expert witnesses, which was opposed by counsel of the first, second and third respondents.

The tribunal adjourned to enable the third respondent, the All Progressives Congress (APC), to continue with its defence on Thursday.

Speaking after the proceedings, Barrister AbdulHakeem Mustapha (SAN), counsel to the second respondent, noted that what matters most is the quality of witnesses and not the number.

Plateau FA to use police dogs, vigilante to secure matches