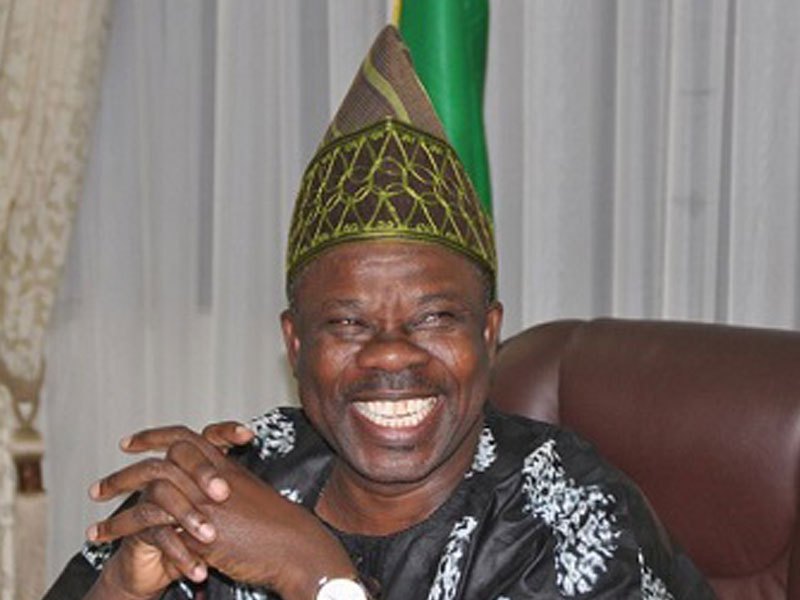 The governor said this during the annual workers day celebration held today at the MKO stadium, Kuto, Abeokuta.

Amosun announced that new set of staff (about 1,000 of them) have been recruited into the state workforce less than 30 days before he hands over

The workers who initially expressed mixed during the celebrations however became lively  when the governor mounted the dais and assured them that by Thursday, he would pay N10.1bn outstanding deductions as well as settle all salaries totalling N10.1bn.

The governor assured the workers of receiving alerts for all deductions and full gross April salary totaling N20.2bn from Thursday.

He disclosed that he has instructed the Finance Commissioner to ensure that all leave allowances must come in from next week.

According to him, all promotion letters would be rolled out up to 2017 but the in – coming Governor Dapo Abiodun would handle that of the 2018.

Amosun also regaled himself with the assurance that his administration would leave behind, a workforce that is more informed, better equipped and can even work anywhere compared to what he met on ground in 2011.

He said: “We are not where we should be but clearly we are on the right path. Yes, we may have our issues but to the glory of God, we are leaving Ogun State better than we met it.

“We are leaving behind a workforce that is more informed, better equipped and can even work anywhere.

“All we need to do is to follow the path we created and still creating to follow it through. Tomorrow, you will receive N20.2b for all outstanding deductions and April salary.

“From next week, we will begin to pay our leave bonuses. As for the gratuity, I am not going gratuity to 2019.

“Gratuities are monies we used for development when we leave the service. We must wait at least two years before we bring in our papers and use one year to process the papers.

“So when you count back from when we will be leaving, whatever it is that we owe, we will run round to pay that part of gratuity.

“I am not owing anybody for the check-up dues, deductions and salaries since 2011 to 2019 that I will be leaving.

“The newly recruited staff is not kangaroo recruitment. These are people that sat for the exam almost a year back and the procedures were followed; not that Amosun just woke up one day and said because I am leaving, I will bring in more people.

“These are the people that wrote ASCON exam since early last year. We just took one thousand from them. If we are to pick all that wrote the exam, we may probably day we want to pick five thousand.

“We picked one thousand from those that sat for the ASCON exam. We have given them their letters. As we employ more and create new offices in the public service, there is also the need to create necessary ambience, to bring out the creativity and professionalism of our public servants.”

Aviation unions threaten to shut down NCAA over ‘obsolete’ organogram Why I retained Amosun’s last-minute appointees –…