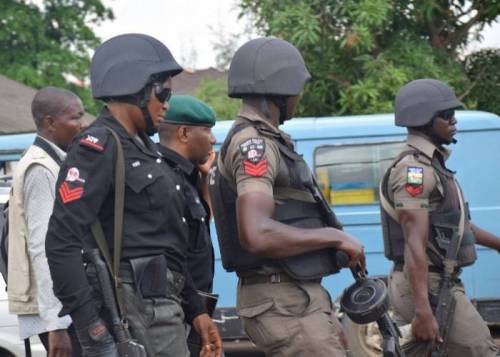 A serene community in Delta State, Oginibo, has been engulfed by strife as thugs alleged loyal to a 2023 governorship aspirant in Delta State, burnt two houses and killed one Fidelis Ogungbo on today.

A competent source at the scene told TNG that in the early hours of Thursday, some gunmen alleged loyal to the gubernatorial aspirant started attacking and maiming innocent people in the community.

He said one Christian Imakuede and Steve Laya alleged to staff of the aspirant led the assault against the community.

“One of the men is the personal driver of the aspirant and he allegedly led the thugs and got the two houses burnt before soldiers arrived the community to stop the rampaging thugs.

“Can you imagine what a man who is aiming to be Delta number one citizen is doing to his own people?

“This whole debacle started recently when two men were shot in the community by the same thugs and as we speak they are still receiving treatment for bullet wounds.

“The suspects were arrested but were suddenly released by the Divisional Police Officer here on the orders of the aspirant.

“See the letter signed by the DPO making the suspects, whose guns were surrendered to the police were made vigilante.

“Those terrifying us and we got them arrested were made vigilante with a letter as a proof.