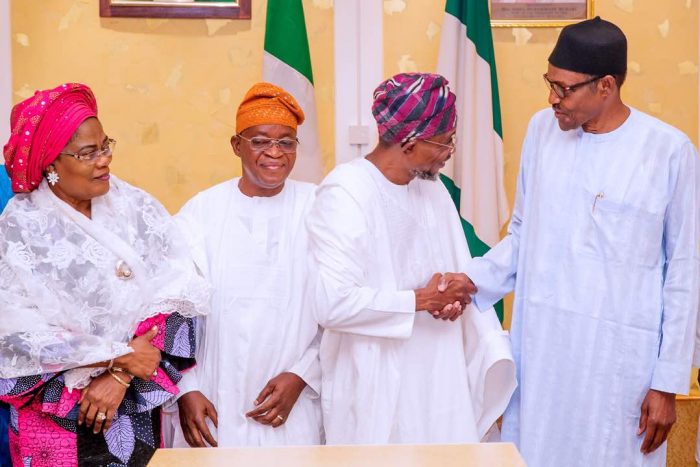 He arrived the President’s office along with the governor-elect, Gboyega Oyetola.

Oyetola emerged the winner of the governorship election in Osun State after rerun election that followed the September 22nd election in the state.

The meeting with the President started around 12 noon.

It was still in progress at the time of filing this report.

Meanwhile, leadership of the opposition, the Peoples Democratic Party (PDP) are currently protesting at the headquarters of the Independent National Electoral Commission (INEC) over the rerun elections.

They are demanding that INEC its governorship candidate, Ademola Adeleke winner of the elections.

Guardiola, Klopp, Emery up for Premier League Manager of the Month