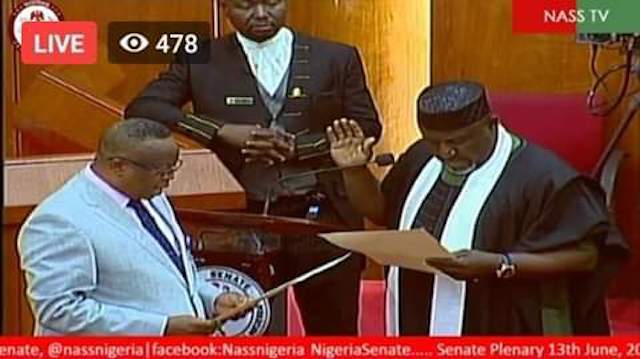 He was sworn in on Thursday by the Clerk to the Senate, Nelson Ayewoh.

After withholding the certificate of return for more than two months, the Independent National Electoral Commission grudgingly gave Okorocha the certificate hours after his colleagues were sworn in and took part in the election of the Senate President Ahmed Lawan and his deputy, Ovie Omo-Agege.

Justice Okon Abang of the Federal High Court ruled on 7 June that it was illegal for INEC . to withhold the certificate.

INEC complied but served notice it would appeal the judgment. There are two orders by two courts in Okorocha’s Imo state, asking INEC not to release the same certificate.

‘Hepatitis B more infectious than HIV’