Arsenal miss out on top four after Brighton draw 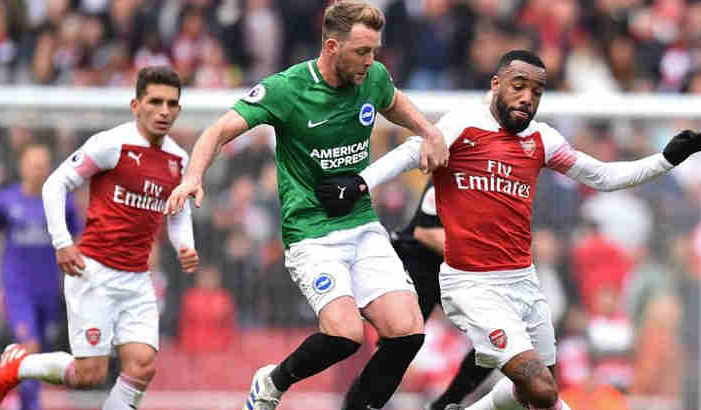 Arsenal were heled 1-1 by Brighton in Sunday’s Premier League encounter at the Emirates, crashing the Gunners’ hopes of finishing in the top four.

Following Chelsea’s win over Watford earlier in the day, Unai Emery’s side knew nothing but a win would do in the race to finish in the top four and they took an early lead through Pierre-Emerick Aubameyang’s ninth-minute penalty after Nacho Monreal was brought down by Alireza Jahanbakhsh.

However, the Gunners were pegged back by Glenn Murray’s second-half penalty in the 61st minute after Granit Xhaka tripped Solly March, leaving them three points behind fourth-placed Tottenham with one game remaining.

Arsenal could still secure a fourth-placed finish but it would require them to win at Burnley and Spurs to lose against Everton with an eight-goal swing.

Realistically, their only chance of Champions League qualification would be by winning the Europa League.

Zainab and the ‘merchants of death’ at MAKIA, By Ehichioya Ezomon