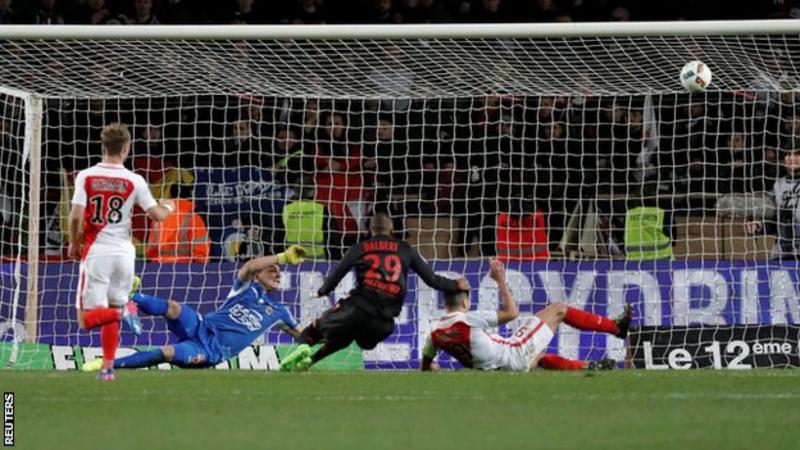 Radamel Falcao scored twice as Monaco beat Nice convincingly in the Cote d’Azur derby to move three points clear of their rivals in the title race.

Valere Germain headed home the opener soon after the break to put the hosts, chasing their first title since 2000, into the lead.

Nice hit the post through Valentin Eysseric in the final minute.

Monaco are the second team in Europe to have scored 100 goals in all competitions this season, narrowly beaten to the mark by Barcelona – who played earlier in the day.

Paris St-Germain have the opportunity to overtake Nice into second spot on goal difference when they visit Dijon later on Saturday (19:00 GMT).

Barcelona win to move one point behind Real Madrid