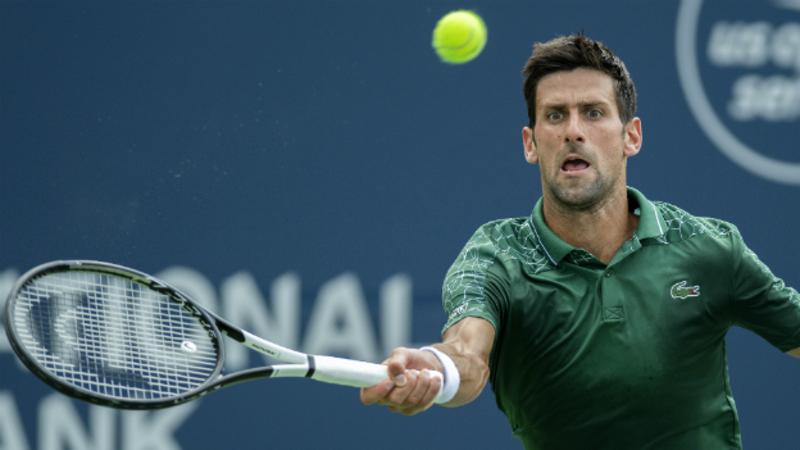 Novak Djokovic wore down Lucas Pouille after an even first set, dispatching the Frenchman 7-6(2) 6-1 in a Cincinnati Masters quarter-final in Ohio on Friday.

The match was much closer than when the pair met in the Australian Open semi-finals in January, when Djokovic conceded only four games before going on to win the title.

It took Djokovic nearly an hour to prevail in the first set but he closed out a one-sided tiebreak with a deft backhand passing shot.

The second was one-way traffic as the world number one played with relentless efficiency against an opponent who ran out of answers.

Perhaps the only concern for Djokovic with the U.S. Open looming in less than two weeks was a sore elbow which required brief treatment by his trainer late in the match.

“I managed to finish the match, had a little bit of tightness in my elbow but hopefully everything will be fine for tomorrow,” Djokovic said in an on-court interview.

He will have less than 24 hours to recover for a semi-final against Daniil Medvedev, who continued his recent hot form, ousting Russian compatriot Andrey Rublev 6-2 6-3 in barely an hour.

Osaka, Barty, Djokovic through to third…

Medvedev, a career-high eighth in the rankings, faced only one break point.

He has made two finals in the past two weeks, losing to Nick Kyrgios in Washington and Rafa Nadal in Montreal.

Gasquet, who defeated Andy Murray in the opening round, set up a semi-final clash on Saturday with Belgian 16th seed David Goffin.

Goffin advanced when his quarter-final opponent, Japan’s Yoshihito Nishioka, pulled out before their match on Friday due to illness.

Gasquet underwent groin surgery in January and returned to competition in May.

“I didn’t play for six months, so it’s great to be back here and reaching the semi-finals aged 33,” Gasquet told ESPN in an on-court interview.

“Goffin is a tough guy, one of the fastest from the baseline, so I will be prepared to battle and to fight.”

I have killer curves; I have to flaunt them- Destiny Etiko