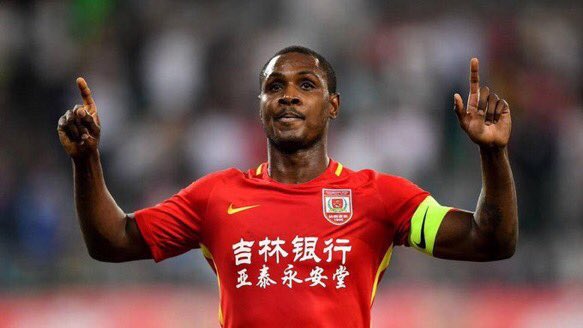 The deal will see Ighalo who is currently on loan at Manchester United, earn around £400,000 per week.

The 30-year-old joined the Old Trafford club in January, after Marcus Rashford suffered a back injury.

He has gone on to become a favourite with United fans in a short time, scoring four times in three starts for the Red Devils.

It is believed that United are looking at extending his loan period which ends in June or even sign him permanently.

It however remains to be seen if Ighalo will be tempted by Shanghai’s bid to keep him at the Chinese Super League club.