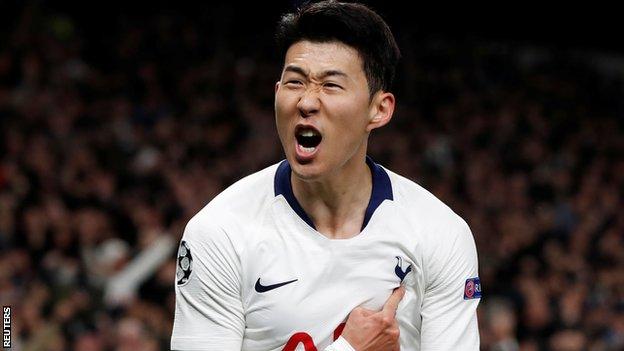 With Spurs talisman Harry Kane having hobbled off injured and favourites City beginning to turn the screw, Son sent the home fans inside the London club’s majestic new stadium into delirium.

The South Koreasn fired past Ederson in the 78th minute.

Quadruple-chasing City, beaten at the same stage last year by Liverpool, were not at their slick best.
Interesting stories for you

The Argentine’s spot kick was superbly saved by Hugo Lloris after VAR adjudged defender Danny Rose to have handled.

Tottenham showed great discipline to preserve their lead and will now go to The Etihad next Wednesday with their hopes of a first Champions League semi-final appearance intact.

Buhari returns to Nigeria ahead of schedule over mounting insecurity