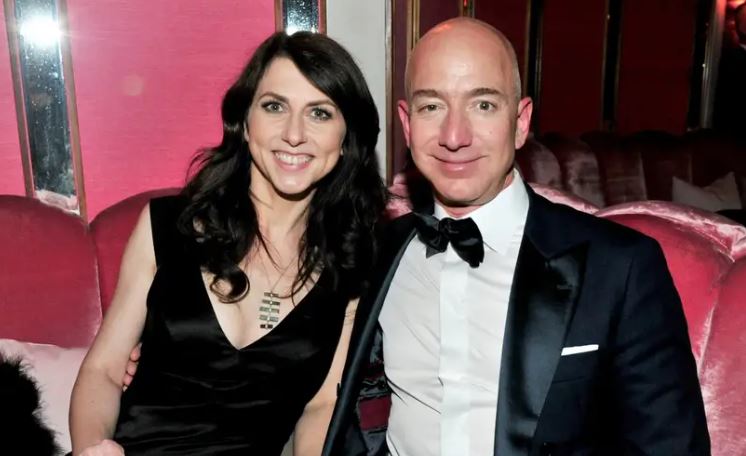 World’s richest man, Jeff Bezos, who is the founder of online retail giant, Amazon has agreed to a $35.6 billion divorce deal with his wife, MacKenzie.

TheNewsGuru (TNG) reports Jeff, 55, and MacKenzie, 48, a novelist, who married in 1993 with four children, have been embroiled in a divorce battle.

With the divorce deal agreed, MacKenzie will be keeping a 4% stake worth $35.6bn in the online retail giant that Jeff founded in Seattle in 1994, a year after the couple married, and MacKenzie was one of its first employees.

The Amazon founder had held a 16.3% stake in the company prior to the divorce deal, but would now only be retaining 75% of that stake.

However, MacKenzie transferred all of her voting rights to her former husband, and she has also given up her interests in the Washington Post newspaper and Jeff’ space travel firm, Blue Origin.

MacKenzie seems to be satisfied with the deal as she took to Twitter to tweet for the first time saying, “Grateful to have finished the process of dissolving my marriage with Jeff with support from each other and everyone who reached out to us in kindness, and looking forward to next phase as co-parents and friends.

“Happy to be giving him all of my interest in Washington Post and Blue Origin, and 75% of our Amazon stock plus voting control of my shares to support his continued contributions with the teams of these incredible comsanies.

“Excited about my own plans. Grateful for the past as I look forward to what comes next”.

Jeff also took to Twitter to express gratitude to friends and family for their encouragement and love while the divorce process lasted.

“I’m so grateful to all my friends and family for reaching out with encouragement and love. It means more than you know.

“MacKenzie most of all. I’m grateful for her support and for her kindness in this process and am very much looking forward to our new relationship as friends and co-parents.

“In all our work together, MacKenzie’s abilities have been on full display. She has been an extraordinary partner, ally, and mother.

“She is resourceful and brilliant and loving, and as our futures unroll, I know I’ll always be learning from her,” he said.

Jeff and MacKenzie did not provide any further financial details about the divorce deal.

According to Forbes, the Amazon shares alone will make MacKenzie the world’s third-richest woman while Jeff will remain the world’s richest person.