The names of some of the sacked aides attached[SEE LIST] to the office of the Vice President, Yemi Osinbajo (obtained from a top source in Aso Villa by TNG).

Recall that TheNewsGuru, TNG published a report yesterday titled ‘Another storm in Aso Villa as Buhari sacks Osinbajo’s aides’ on the crisis rocking the presidency.

Among those who affected include Ajibola Ajayi, the daughter of former governor of Oyo state, Isiaka Abiola Ajimobi and a relative of Osinbajo’s wife, Jide Awolowo. 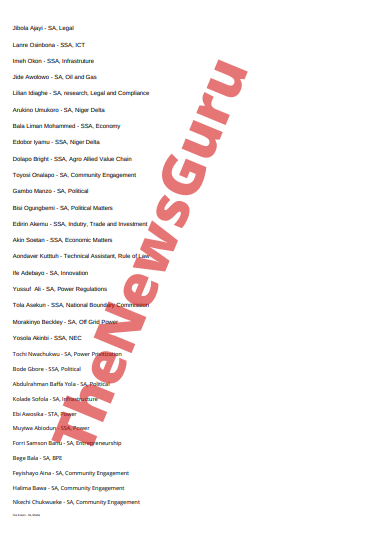